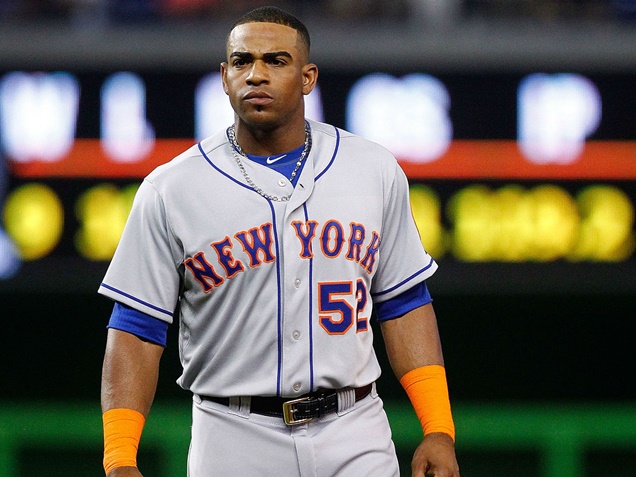 Back in November, Yoenis Cespedes landed a four-year, $110 million deal with the Mets. The Mets slugger stayed around for most of the winter quietly working with the team’s strength and conditioning program.

Today, Yoenis Cespedes is back in apparently in custom style…

LatinoAthlete.com has leaned that Yoenis Cespedes showed up to spring training in his $110,000 Mercedes-Benz GLE63 Coupe, but it was completely rebuilt.

Cespedes dumped $50k worth of additions into his whip from new hand-stitched interior fresh paint to custom wheel package. He rebuilt his car like he did himself.

“Yes, having that really gives me a sense of calm. Knowing I am no longer year-to-year and my home is here with the Mets for the next four years, I am able to prepare and focus better.”

People may be talking about his ride all beefed up, but so is he, since he was slipping in and out of the clubhouse for the past week as pitchers and catchers worked out. It’s was part of the team’s strength and conditioning program

He also showed up in an albeit over-sized, white pickup truck last month. Yoenis Cespedes was working with team-approved Mike Barwis training facility, trimming down and strengthening his legs.

Asdrubal Cabrera who is glad The Mets kept Cespedes, said:

“This offseason we focused a lot on my legs, we did a lot of leg work, just to make sure they are as strong as they can be and stay healthy. He is a special player. He changes a lineup. He has so much talent. And people don’t realize, but he works hard. He works hard for his team.”

LatinoAthlete Staff - August 31, 2015
0
Robert Griffin III is reportedly in the middle of yet another coach vs. owner disagreement. Washington coaches and "high-ranking" front office officials...