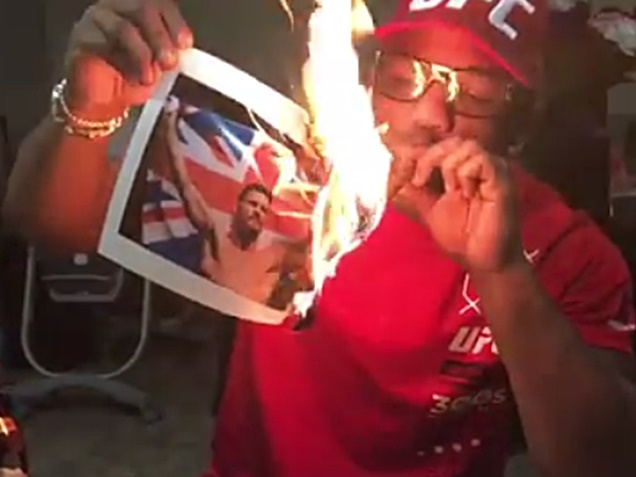 Despite losing his bout against Robert Wittaker, Yoel Romero doesn’t take kind when someone like Michael Bisping disrespects his flag and native country. Read on to see what Yoel did…

Last night in the early morning hours Yoel Romero decided to post a video clapping back at Michael Bisping for disrespecting the Cuban flag.

The top middleweight contender Yoel Romero took to Instagram to get back at Bisping for ripping his Cuban flag.

Basically, it has become “an eye for an eye” for Romero since he took to Instagram with a video of himself burning a photo of Bisping with British flag, and sending him the following message in Spanish:

“I’m going to burn you and your flag for disrespecting my flag. I’m your big ticket, boy. I’m going to be your nightmare, brother.”

There is no love between these two!

LatinoAthlete Staff - June 27, 2015
0
Former UFC title contender Josh Koscheck is now a member of Bellator. The promotion's commentators made the announcement Friday night during the Bellator 139...