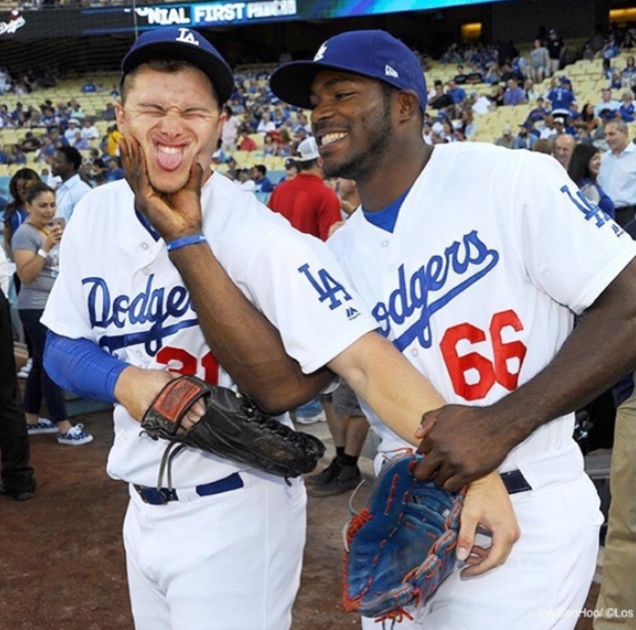 Yasiel Puig rescues the Dodgers on Friday night against the Marlins. The Los Angeles Dodger were down to their last strike, when Puig hit his second home run of the night!

Yasiel Puig has once again proved to be the powerhouse hitter that continues to pull the Dodger out from losing. Read on…

He ended up saving the Dodgers delivering a 6-4 win in the opener of a three-game series at Marlins Park.

Yasiel Puig, by now should have the respect and attention of Dodger fans everywhere since this is the 18 home run of his career, setting an all time high. We haven’t seen Puig play like this since his 2013 rookie season.

The Dodgers had struggled all night against the Marlins, but once again Puig put a little Cuban magic in the game. Just when the Marlins thought they had the Dodgers, Yasel hit another game changing home run.

Since the beginning of June Puig has been hitting .295/.370/.580 with nine home runs in 35 games. This game marks “the 6th time this season that the @Dodgers won when trailing after 8 innings; no other team has more than 4 such wins.” according to ESPN Stats & Info.

Yasiel Puig belts his second dinger of the night after hitting a three-run blast to put the Dodgers up by two with two outs in the 9th!!! pic.twitter.com/gBNGRqXZWL

The Question: Is Mayweather-Rousey the Worst ‘Storyline’ in Combat Sports?