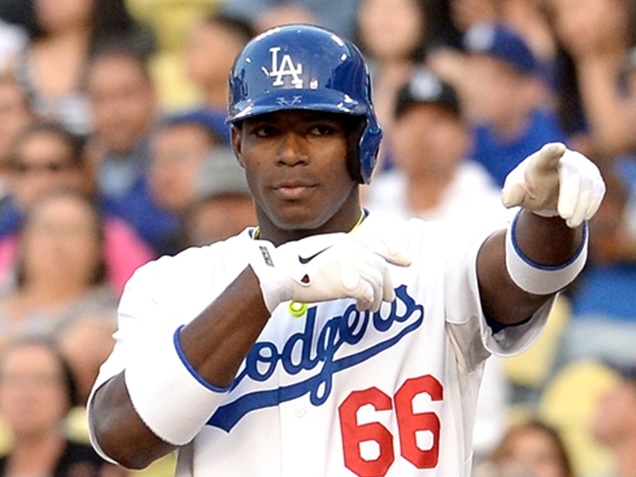 On Thursday night, the Los Angeles Dodgers were privy to an extraordinary hit by Yasiel Puig. Last year may have been rocky for Puig, but he is making up for it this year back in the MLB.

Yasiel Puig was in admiration of his 8th homer of the season, but this one was extra special. Read on…

LatinoAthlete.com has learned that Yasiel Puig not only hit his 8th homer of the season, but it was the longest of his career. Puig destroyed the ball sending it flying at top speed 438-foot into the stands.

When we say he destroyed it we mean it, the ball clicked on the bat so perfectly that is just caught the right speed and height to send on its way. Yasiel was in ahh of his accomplishment an held a pose. Then, he strutted down the line with a “yeah I did that walk.” Followed by a did a two-handed bat flip. You know sexy and cute like he was making sure all the ladies saw how he swings his bat.

It was everything you would possibly want out of a home run celebration. Now, you would think that the Marlin’s would come for him after his superb home run, but they didn’t.

Check out this footage and watch Puig in all his glory:

ESPN took to Twitter to report on the Cuban sensation: 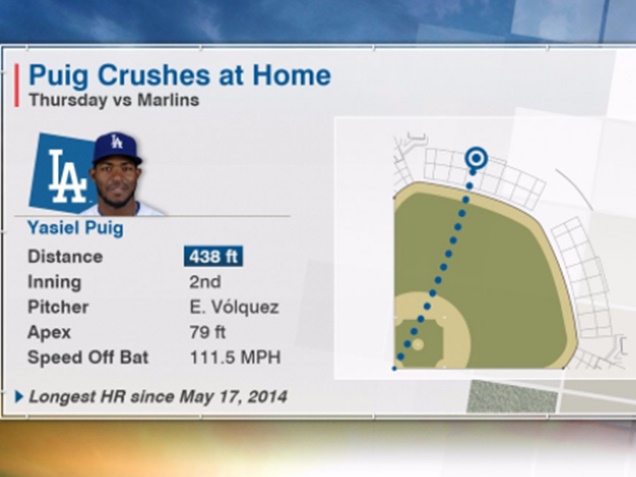 LatinoAthlete Staff - July 20, 2015
0
It's a yearly tradition like no other: NFL rookies being devastated by their low Madden NFL rankings. At this point you'd think...