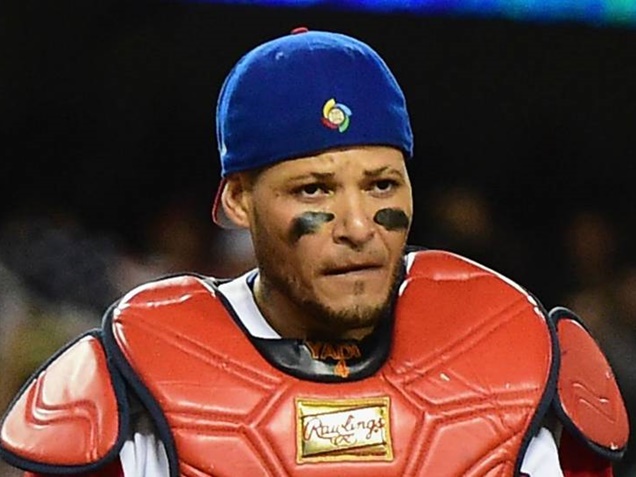 Puerto Rico put up a fight against the US in World Baseball Classic. In the end the US won 8-0 against Puerto Rico. The only problem is United States outfielder Adam Jones offended Puerto Rico’s team captain Yadier Molina, who is now demanding an apology!

LatinoAthlete.com has learned that Adam Jones is in hot water with Puerto Rico’s team captain Yadier Molina after he said Puerto Rico had preemptive plans for a celebration.

Now, Yadier Molina wants an apology to all his Puerto Rican players after Adam Jones public address at Dodger stadium. It was uncalled for and shows unprofessionalism and poor sportsmanship.

Jones said during the post-game ceremony, via MLB.com:

“[Marcus] Stroman went out there and gave us his all. The players — they battled. The offense swung the bats, and we brought it home for the United States!” 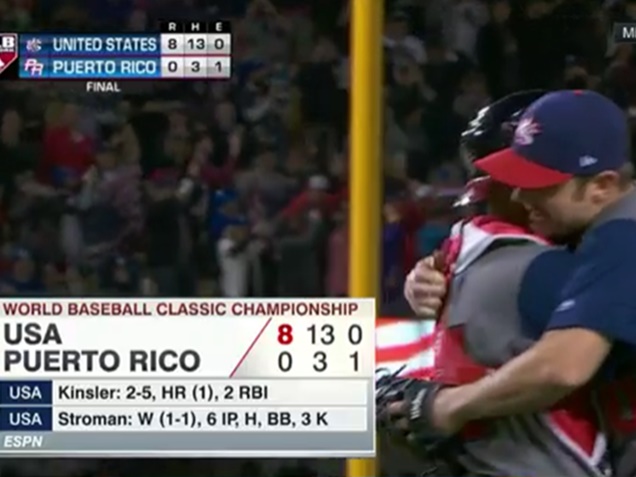 Yadier Molina claims that Jones statements are bogus and apology is in order.

“Adam Jones…is talking about things he doesn’t know about. He really has to get informed because he shouldn’t have said those comments, let alone in public and mocking the way [preparations] were made.”

Molina went on to say:

“He has to apologize to the Puerto Rican people. Obviously, you wanted to win; he didn’t know what this means to [our] people.”

Regardless of the WBC’s finale’s result the Puerto Rico team planned to fly home to celebrate.

Team USA won the matchup convincingly, with an 8-0 trashing in the title game against Puerto Rico. However, here is what U.S. manager Jim Leyland said of Team Puerto Rico:

“Up until tonight, they played better baseball than anybody in the tournament. [Wednesday], in a must-win situation for both teams, we played better.”