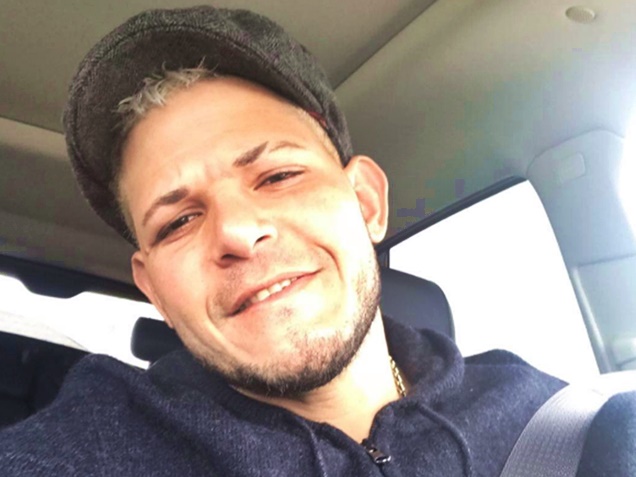 The NFL Draft may be going on but nothing was more exciting than St. Louis catcher Yadier Molina picking off 48 runners in his 14-year career! The Cards beat out Cincinnati Reds 7-5 tonight.

Some are calling it the finest work of Yadier Molina…

LatinoAthlete.com has this report via Yadier Molina, who couldn’t be more excited about tonight when he short-circuited a Reds rally by catching Eugenio Suarez napping at third with the bases loaded in a 3-1 game.

How did this short-circuit happen?

Well, Eugenio Suarez took one step off third base anticipating a time out and a pitching change, so that is when Molina quickly fired the ball to third baseman Jedd Gyorko. All you heard was “Your Out!”

That was the moment that the Cards changed the momentum and ended up dominating the game.

“I was waiting for it, it was a timing thing.”

Suarez admitted to his error, stating:

“(My) mistake, I wasn’t paying attention and he got me. I thought it was a pitching change and you’ve got to pay attention especially with that guy. He’s good.”

Cincinnati manager Bryan Price realized that the play changed the entire dynamic of the game.

“You take your eye off the ball and he’ll find a way to back pick you. That’s what he does. He’s famous for it.”

“It was certainly good to see our guys come back and make that push in the eighth inning.”

Contributor - June 14, 2017
0
Alex Rodriquez nephew Joe Dunand was blessed this week as he was selected during the MLB draft. Dunand was able to share the life-changing...