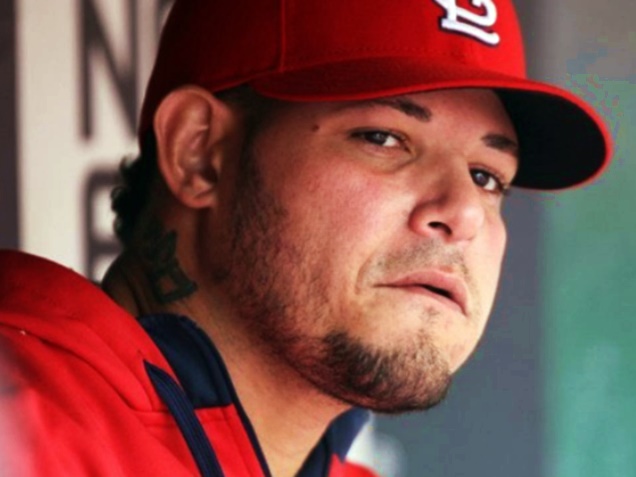 The St. Louis Cardinals had an unexpected change up on Friday when they were forced to scratch Yadier Molina due to right ankle discomfort.

LatinoAthlete.com learned that the Cardinals made the announcement Yadier Molina was out following the start of the National League Central game with Kelly behind the plate. 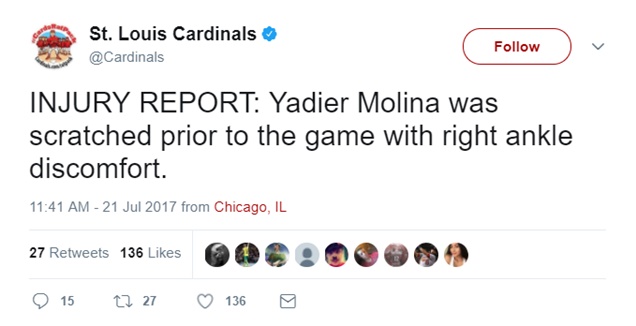 Yadier Molina was slated to bat fifth for Cardinals but that didn’t happen. On Thursday, Molina exited one of the Cardinals’ recent matchups against the New York Met sitting out for the series-finale.

The Cards have decided to take out Molina since the seasoned backstop is now 35 years old. it was a precautionary measure, so Yadier would further injure himself.

Molina has received a total of 305-at-bats as it stands today. The Cardinals catcher has also made 81 regular-season appearances to date this season. Yadier has compiled a .269 batting average with 10 home runs and 42 RBIs in addition to a .301 on-base percentage.

Not only that, the Puerto Rican player has already eclipsed double-digit home runs for the first time since back in 2013 when he hit 12 across 136 outings. Molina’s MLB stats registered a .284 batting average with 118 home runs, 745 RBIs and a .336 on-base percentage.

Jason Williams is 39 years old and still making players half...

LatinoAthlete Staff - August 19, 2015
0
White Chocolate never ages, apparently. Unlike wine, chocolate does not get better with age. White choclocate on the other hand might. There's a...