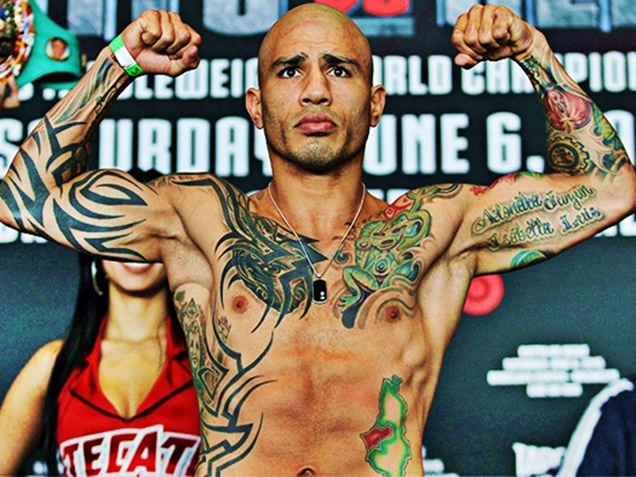 When it comes to Miguel Cotto and what went down in Brisbane, Australia with his gym partner, Manny Pacquiao, he’s not concerned.

Right now Miguel Cotto is focused on his upcoming fight against Japanese slugger Yoshihiro Kamegai on August 26 in Carson, California. Read on…

The Puerto Rican and former five-time world champion in four weight classes, Miguel Cotto (40-5-33KO’s), is currently training with Freddie Roach for his fight against Yoshihiro Kamegai. He is the same trainer who worked with Pacquiao.

Anyways, Roach was not happy Manny Pacquiao lost to Jeff Horn, but he is back working with Cotto, hoping to have a win with Miguel.

As for Cotto’s thoughts on Pacquiao, right now he is not concerned or interested in what happened. Here is what Cotto told Carlos Narvaez after leaving an afternoon training session:

“It’s not something I’m going to ask about. I’m focused on my August 26 fight against Kamegai.”

We find this interesting since Cotto was sure to say something when he lost to Canelo Alvarez in Las Vegas back in 2015. Cotto made sure to state his point about the current state of boxing.

Miguel Cotto weighed in on the current state of boxing:

“They are different fights and happened during different times. I think boxing is going through a difficult era of controversial decisions. We (the boxers) have to continue working and the judges must do their [jobs].”

The fight in August will be the first fight since Cotto fought Canelo in 2015 and lost. We hope he can pull a win this time at the StubHub Center. The WBO junior middleweight belt will be at stake.

LatinoAthlete Staff - June 18, 2015
0
UFC Fight Night 69 emanates from Berlin this Saturday, and the main card is going to deliver some high-octane action for fight fans.The original...