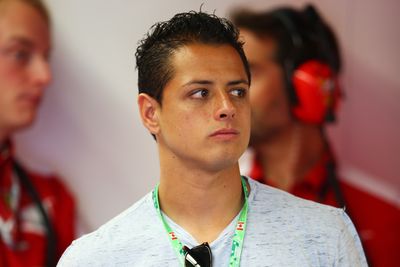 West Ham are reportedly interested in signing Chicharito, but is there fire underneath the smoke?

Manchester United manager Louis van Gaal doesn’t seem too keen on striker Javier Hernández. The Mexican was allowed to leave on loan to Real Madrid last season, and hasn’t featured at all in pre-season this time around. Given that United are so woefully short on attacking options — their only other experienced striker is Wayne Rooney — it’s clear that Chicharito’s days at Old Trafford are numbered.

Fortunately there isn’t a dearth of clubs interested in signing Hernández, who has always been a fan favourite at Old Trafford. Having joined the club under Sir Alex Ferguson, he earned the reputation of a supersub, netting plenty of his 37 Premier League goals from off the substitute’s bench. West Ham United are the latest club to have reportedly registered an interest in signing Hernández, and are reportedly willing to pay as much as £12 million to land the Mexican.

Why it makes sense

Javier Hernández has a lot going for him. Though even Manchester United supporters must now concede that he doesn’t have the star talent to warrant a place in their team, there’s a reason plenty of other Premier League clubs should be interested. Despite having never established himself as a regular starter in the top flight for United, he’s still managed to regularly score goals. With more frequent football, he could well prove lethal.

What’s more, it’s exactly the kind of signing that West Ham have been making recently, with the likes of Dimitri Payet and Mauro Zárate joining this summer and last summer respectively. Like both, Hernández is an experienced player without being too old to make a big impact in the Premier League. They’re all at the peak of their powers, and could well help West Ham to a European challenge if things click.

Why it doesn’t make sense

But perhaps the biggest reason this move doesn’t make much sense is that West Ham don’t really need another striker. Slaven Bilić already has a wealth of options available up front, with Enner Valencia and Andy Carroll both queueing up behind Diafra Sakho for the lone centre-forward position in his 4-3-3. The latter could be out injured for a few months yet, but that alone is no reason to spend £12m on a player to provide depth.

Another stumbling block is that West Ham aren’t the only team interested in Hernández. He’s also apparently been a long-term target of Tottenham Hotspur, while Italian club Torino are the latest club to have reportedly joined the queue. Hernández is a good enough player that he’s not likely to be short of offers, so West Ham could well have to pull out all the stops if they really do want to sign him.

Hernández is a solid player and he’ll likely be on the move before the transfer window shuts. However, he’s not what West Ham need at the moment, so we reckon he’ll be going somewhere else. Let’s give it a 3/10 chance of happening.

This is a post from our transfer rumors section. For news, analysis and more, check out the main SB Nation Soccer page.

Will Tony Romo Retire or Head to The Texans?

Contributor - March 10, 2017
0
After Tony Romo took to social media announcing that he is unsure what is a head for him and his family, rumors are now...