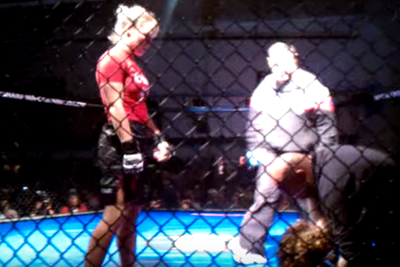 This footage is five years old. Maybe you’ve seen it, but we haven’t so we’ll wager you haven’t. This is Ronda Rousey’s first MMA fight in 2010 when she took 23 seconds to beat Hayden Munoz at CFL – Ground Zero.

Kudos to the person who uploaded this video, because their description was prophetic.

“On August 6, 2010 Olympian Ronda Rousey made her MMA debut as an amateur for Combat Fight League’s Ground Zero. Her first opponent was Hayden Munoz. Don’t blink and make sure to follow this girl. She’s for real.”

Ronda looks legitimately concerned about her opponent too. This is her first ever fight. Gosh she’s the best.

Max Holloway States Jose Aldo was One of the Greats

Contributor - June 12, 2017
0
When it comes to fighting Jose Aldo, Max Holloway weighs in saying that he noticed that Aldo was a reactionary type of fighter during...