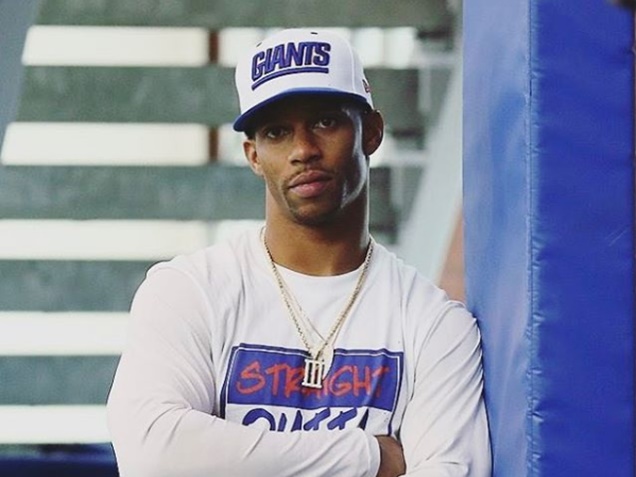 As the days grow longer, the nights shorter is feel like forever when it comes to Victor Cruz finding a new team.

Victor Cruz marriage with the New York Giants ended on the eve of Valentine’s Day and it appears their divorce is final. Where will Cruz go? Read on…

Cruz was once one of the New York Giants most untouchable players on the field. He put up major numbers for the Giants at the Pro Bowl and winning the Super Bowl, but the Giants aren’t interested anymore.

With Cruz gone, The Giants have revamped their core group of wide receivers with powerhouse players like Odell Beckham Jr., Brandon Marshall, and Sterling Shepard. This means there is no space to add Cruz. He’s NOT needed by the Giants anymore. This also freed up $7.5 million in cap space for the NFL team.

Where does this leave Victor Cruz?

Currently the free agent is doing as good as Colin Kaepernick, which is not a good thing. Kaepernick has been slightly black balled for his kneeling during the national anthem.

Cruz, who was a team player has not created much of a buzz for himself. We previously told you he met with the Carolina Panthers last month, but still no word. Let’s remember one thing, the 30-year-old is a veteran receiver who doesn’t play special teams.

There are still plenty of New York Giants looking to be signed to a new team during the free agent season. However some Giants have already moved on like, Cornerback Coty Sensabaugh who signed with Pittsburgh, offensive lineman Marshall Newhouse joined the Raiders and kicker Robbie Gould joined the 49ers.

Will Cruz land a team or will he have to wait until the draft?

The Cardinals did something really illegal for no good reason, and...

LatinoAthlete Staff - June 16, 2015
0
The Cardinals committed the Holy Trinity of Being Bad At Cheating: They did something unimportant, they did it badly, and it carries...