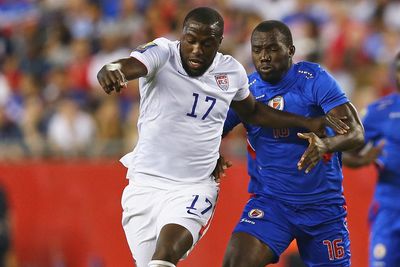 The USMNT is set for a stern friendly test against Peru ahead of their crucial Confederations Cup playoff next month.

The clock is ticking for the United States to prepare for their big Confederations Cup playoff showdown, and they’ve got a friendly lined up with Peru to try to get ready. Many overlook Peru, but they’re a good side who will offer a stiff challenge to the United States, buoyed by a surprising semifinal run in the Copa America. Ricardo Gareca had his side playing effective and interesting football before losing to eventual champions Chile, though they did get the consolation of winning their third-place match against Paraguay.

The USMNT are trying to get back on their feet after a brutally disappointing Gold Cup performance that saw them underwhelm in the group stage before falling to a shock defeat to Jamaica in the semifinal and slump further to a penalty shootout loss to Panama in the third-place match. To say the least, this was a bitterly disappointing summer for the United States men’s national team, and they’re going to need to turn things around in a hurry to keep things from spiraling on them.

What’s on the line?

Well, nothing. It’s a friendly. But with the USMNT facing Mexico next month in a playoff match to determine who goes to the Confederations Cup in 2017, it’s vital that they put in a strong performance here against an actually-pretty-good Peru team. If they can manage to go out and lay a pasting on Peru with a squad missing a couple important players in Michael Bradley and Clint Dempsey, U.S. fans and players alike will feel a lot better about their chances of making it through that Mexico match with a positive result.

Altidore has been wildly disappointing with the national team of late, earning his way into getting dropped from the squad after the group stage at the Gold Cup. He’s back in the team after scoring three goals in his last two games for Toronto, though that spell comes after a poor run of three matches that included a red card. He’s going to need to keep showing improvement to have a good day against Zambrano, who has enjoyed a strong start to his Bundesliga campaign with Frankfurt, coming off the back of a solid Copa America performance. He’s an athletic defender well capable of neutralizing Altidore’s athleticism, so he’ll have to rely more on skill and technique to get past Zambrano — and that could be problematic for the USMNT.

LatinoAthlete Staff - August 20, 2015
0
BUT WHICH LEG HAS THE SUPERIOR LEGACY Nothing like walking with Kobe & MJ tattooed on your legs! (via @tattoo_monky) pic.twitter.com/ck9MJA1tRB — Darren Rovell...