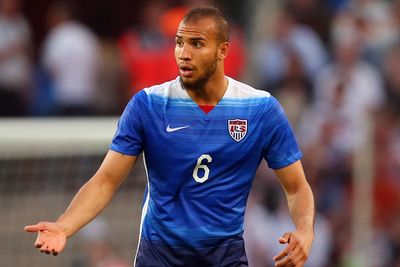 The Gold Cup gets underway with a fairly tough test for the USMNT.

The United States come into the CONCACAF Gold Cup in excellent form, and they’ll be expected to win the competition. If they do, they’ll win an automatic berth into the 2017 Confederations Cup; if not they’ll head to a playoff. Their first opponent on their journey to a continental title is a tough one — Honduras.

While Honduras are perpetual Hex contenders and World Cup participants, they’ve turned in poor showings in the last two World Cups and have not made a Gold Cup final since 1991. Making a final will be tough once again, since they’ve been thrown into this group with the U.S. and another tough opponent, Panama.

Jurgen Klinsmann will expect his side to win on Tuesday, but Los Catrachos are likely to make it hard on them. They played a defensive and unorthodox 5-4-1 formation in a warm-up friendly against Mexico, holding them to a 0-0 draw. Expect to see either a repeat of that or their similarly defensive 4-1-4-1 setup. They’ll aim to frustrate the Americans above all else.

As always, the United States are likely to perform as well or as poorly as the heartbeat of their midfield does. Bradley is the USMNT’s best and most important player, and that’s certainly not going to change at the Gold Cup after he was given the captain’s armband.

It’s been an up-and-down year-and-a-half for Bradley at Toronto FC, and he certainly wasn’t great at the last World Cup, but he appears to be coming into form. He’s been better for the Reds this season than last, and he was spectacular for his national team in friendly wins over Germany and the Netherlands. And on Tuesday, he’ll pick up his 100th cap.

Lozano made his debut for Honduras as an 18-year-old in 2011, following a dazzling youth international career. He’s yet to live up to his initial hype and had a failed move to Europe, but he’s the man for his country up top after a strong club season. Because the United States are the toughest opponent Honduras faces in the group stage, it’s likely that they leave him up top alone in this match before giving him some help in later games. He’s a balanced forward — quick with good size — and he can cause problems for the American defenders if he ever gets the ball.

Contributor - May 9, 2017
0
In the wake of his death, Aaron Hernandez 2013 murder case conviction has been cleared. Since Hernandez died before his appeal was heard in...