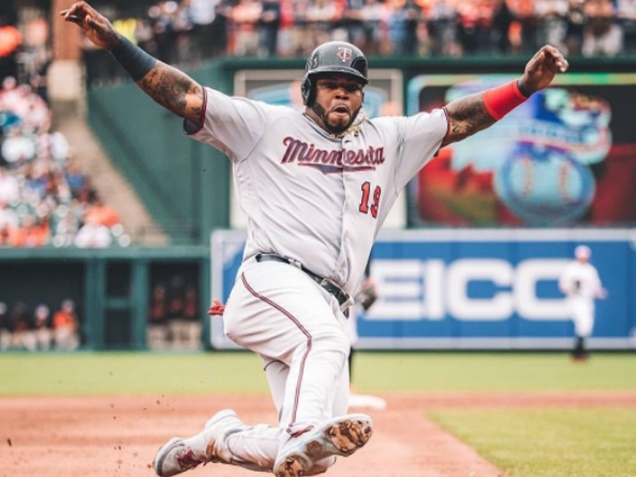 Minnesota Twins have been playing musical chairs with Puerto Rican MLB first baseman Kennys Vargas. Earlier this week Kennys was optioned back to Triple-A Rochester after the Twins activated shortstop infielder-guy Ehire Adrianza. The Venezuelan MLB player had recovered from his “abdominal issues” and is ready to play.

Now, The Minnesota Twins have recalled Kennys Vargas just three days after optioning him back to Triple-A Rochester. Vargas will now be replacing Joe Mauer who has landed himself on the MLB DL (Disabled List). Read on…

LatinoAtlete.com has learned that the Minnesota Twins have been moving Kennys Vargas back and fourth since he’s been struggling for the pas 17 games.

In the past 17 games Kennys Vargas played in the month of June, he only hit .200/.241/.327 with two dongs. Basically, Kennys Vargas hasn’t been a strong enough player for the Twins so he’s in the pivotal position.

According to reports it was a no-brainer for the Twins to just put Joe Mauer on the DL since he his been suffering from a back strain. Mauer will be on the DL for the next 10 days to recover.

Meanwhile, Kennys Vargas is trying to turn it up on the field so he won’t have to go back to the Triple-A Rochester. Vargas had three hits, including a big two-run double in the fifth inning for the Twins to a 9-6 win over the Baltimore Orioles on Friday night.

The big bat player has played 45 games for the Twins this season. During his stint thus far Kennys has hit seven dingers this year for the Twins. Hopefully he can flip the next 10 days back into his favor and stay with the Twins.

Contributor - June 21, 2017
0
The Blue Jays make a questionable move at the leadoff spot, by putting Jose Bautista up at bat first for the lineup Wednesday night. Many...