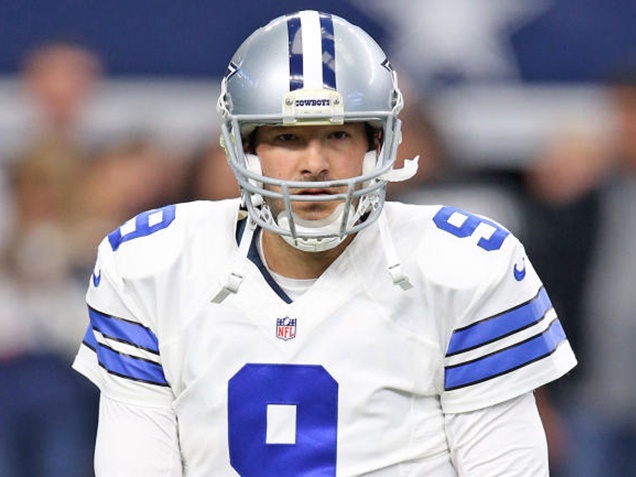 Rumors of Tony Romo being traded has been the headline for the past couple months and now it appears the talk is coming to fruition.

The reason for the confusion would go to Denver GM John Elway, who said that they have no interest in trading for the veteran quarterback. Read more…

Fast forward to now, Tony Romo being traded to the Denver Broncos may NOT happen, but if the Cowboys release Romo like expected, then the Broncos are ready to sign him aboard.

Tony Romo Heading To Broncos On One Condition!

LatinoAthlete.com has learned per CBS Sports, Tony Romo is more likely to be released than ever by the Cowboys, which makes Elway a bit more interested in the possibility signing Romo.

To add more facts, 9 News in Denver indicates that the Broncos are very interested in touching base with Romo.

“If Romo becomes available through his release from the Dallas Cowboys – a transaction many observers deem unavoidable because of his monstrous, if non-guaranteed, remaining contract, plus the team’s proven young replacement in Dak Prescott – the Broncos are expected to at least discuss whether to pursue the veteran quarterback.”

What will Dallas do about Romo vs Dak?

The big question is this: Will the former Super Bowl winning quarterback and current Broncos Executive Vice President of Football Operations/General Manager pull off another major QB acquisition? Or, will Denver go with a younger QB during the NFL draft like Paxton Lynch and Trevor Siemian?

Tony Romo is not Peyton Manning, but he would most likely come to Bronco like Manning did after he was released from the Indianapolis Colts. That could be a great thing for Denver. Revenge is always bitter sweet.

Romo has been the face of the Dallas Cowboys franchise for over a decade, but as it seems right now, Tony has been replaced after an amazing season with 23-year-old Dak Prescott.

So, what will it be for the Cowboys? Stay with the old or upgrade with a new improved younger quarterback named Dak Prescott. We’re Cowboys fans and in our opinion Dallas needs to stay with Dak. Tony, 36, needs to go to Denver and get a fresh start.

Only time will tell if that will turn out to be the right move.

Manuel Frias - December 2, 2016
0
Marc Gasol, one of the few Grizzlies still standing, was still staring at the opposite basket when he flung this slick assist in their...