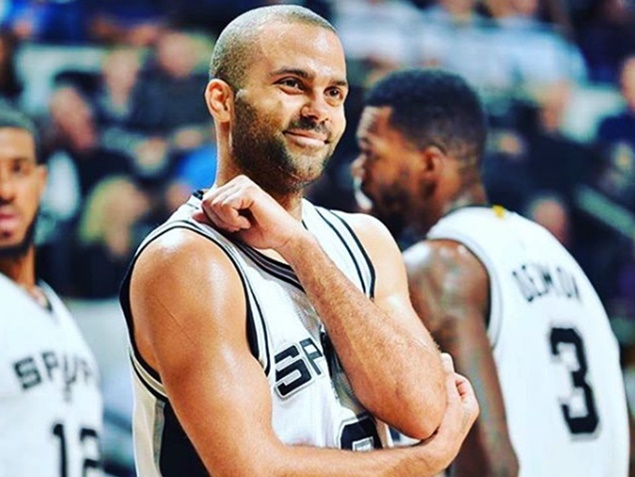 Could Tony Parker being hanging his NBA hat? On Wednesday night Tony Parker was severely injured during the San Antonio Spurs vs the Houston Rockets game.

Read on to find out what happened to Spurs star player Tony Parker...

LatinoAthlete.com got word that Tony Parker had to be carried off the floor by his teammates after a non-contact play left him on the floor with a left knee injury.

The extent of Tony Parker’s knee injury is currently unknown, but Spurs head coach Gregg Popovich was not confident Tony’s knee injury will turn out to be a minor injury.

We are hoping so, because at the time of the injury, Parker, 34, had 18 points in 25 minutes before coming out of the game.

The untimely occurrence left Tony in shock after he went up in the air on the layup and comes down clean. Parker stood on the court dumbfounded, and in a moment of hesitation evaluating the situation. Then, out of nowhere, Tony just fell to the floor.

He tried to walk it off but he was unable to do so, his teammates came to help him and ended up carrying him off the floor.

What is scary about these types of injuries is that they can go horrible, or no so bad. We are hoping for NOT so bad, but Tony Parker Knee Injury is not Looking good!

Since Parker being carried off the court, the Spurs announced he will undergo an MRI on Thursday to reveal the extent of his injury.

The team did not reveal what part of his left leg was injured.