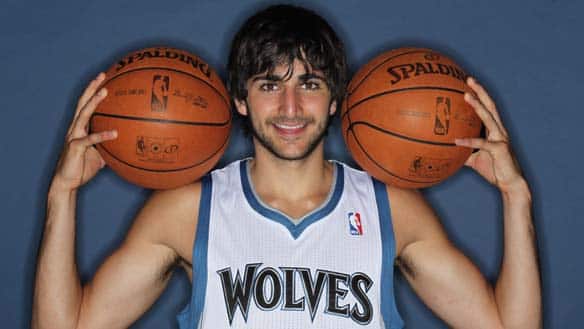 MINNEAPOLIS — The Minnesota Timberwolves have exercised their fourth-year contract options on point guard Ricky Rubio and small forward Derrick Williams, as expected.   The move on Williams was less of a sure thing, but the Wolves are counting on continued improvement this season from the second overall pick in the 2011 draft. The decision on these third-year players was announced by the Wolves on Saturday, along with the move to waive center Chris Johnson.   That brought the roster to 15 players for the regular season, giving forward Robbie Hummel and guard A.J. Price the last two spots.   Former basketball boss David Kahn’s last move before he was fired was to guarantee the 28-year-old Johnson’s $916,000 salary for 2013-14. He played in 30 games last season, averaging 3.9 points and 9.5 minutes.

LatinoAthlete Staff - July 16, 2015
0
Dustin Johnson bombed his way to the first-round lead at St. Andrews. For the second consecutive major championship, Dustin Johnson is atop the...