We got word that Tigers’ outfielder JD Martinez set to make his season debut after being activated off the 10-day disabled list on Friday. Not to mention that Edwin Encarnacion neutralizes Slow Start

In case you didn’t know, JD Martinez was diagnosed with a Lisfranc ligament sprain in his right foot back in mid-March. It happened during a Grapefruit League game when he tried to make a catch.

Now, he’s set to join the team on the road as they continue a four-game series against the Angels. Detroit manager Brad Ausmus told reporters that he initially wanted Martinez to take a few more reps in Triple-A before making a returning to the MLB.

According to Ausmus, he feels that right fielder JD Martinez should be healthy enough to man the right field. The Tigers are assuming that they might need to take things slow for the sake of JD.

The 29-year-old outfielder went 1-for-15 with Toledo this spring, collecting one home run, two RBI and two walks in four games. Not only that, JD hit his second home run in High-A Lakeland, going 3-for-8 with another two RBI in his final two rehab appearances.

The player says he is not frustrated with his lack of production. Fans have chimed in, likening the slugger to past free agent failures like Nick Swisher, a ridiculous comparison given the fact that the season is less than a quarter over. 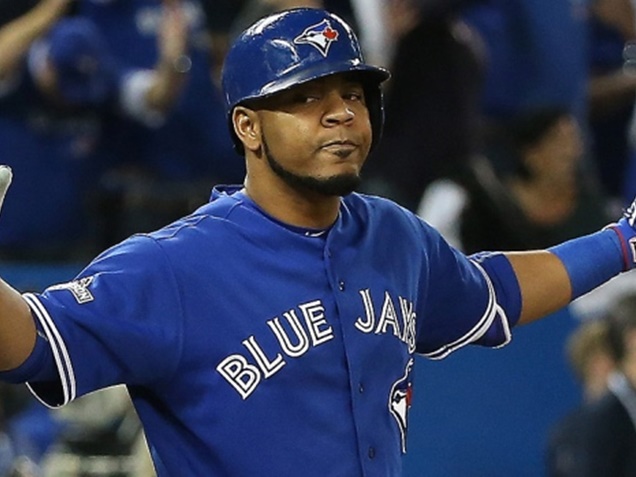 Edwin Encarnacion must be pumping the breaks of his MLB career, since he has slowed down and the team has yet to see Encarnacion’s impact. Encarnacion got paid a $60 million contract is that the full picture.

For now, the home runs have not come in bunches, nor have the RBI, or hits in general. The team is still in hopes that Encarnacion’s impact will send ripples throughout the lineup?

At this point we have to see it to believe it. There are a couple problems that seem to in the way of his success. To add another layer fo depressing is that he batting average is also missing, with predictably the worst of his past four years.

“When you have a tough first month, you’re not going to get it all back in a week. It’d be nice, but sometimes guys get into it bit-by-bit. Sometimes guys have one swing and they find it. He’s still taking his walks which is good. He’s probably not completely locked in which you can tell; but he’s still really dangerous. With Edwin, you keep running him out there because you know it’s going to happen and when it does, it will give us a different gear.”

Encarnacion is not paid to walk, but he would do the team no good by swinging at more bad pitches

“No, I’m never going to feel frustration because I know what I can do, and it’s a long season,” he said. “I’m going to keep my head up, keep working hard.”

The player who nearly stole the U.S. Open with a record-setting...