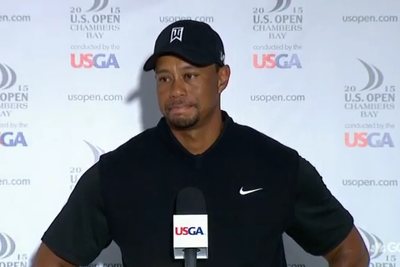 They say humor is the best medicine.

Tiger Woods has been known to be a bit icy with the media from time to time. So, when he shot an 80 in the first round of the 2015 U.S. Open — his worst U.S. Open round ever — it was reasonable to expect him to be a little upset during his post-round press conference.

Instead, he opted to make jokes.

LatinoAthlete Staff - September 7, 2015
0
The Seattle Seahawks trade Christine Michael to the Dallas Cowboys. We take a look at the fantasy implications. After signing Fred...