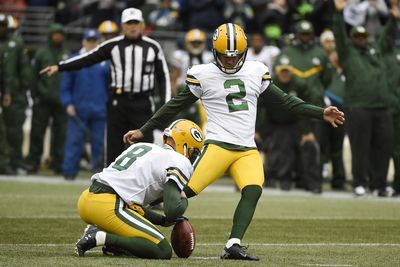 An important game may be decided because a kicker misses an extra point. That’s a lousy way to lose, and not a rewarding way to win.

Thanks to the DeflateGate saga, the NFL rule change that garnered arguably the most attention this offseason centered around changes the league made to its pregame football inspection procedures. But considering there’s no hard evidence that says the air pressure of a football affects player performance, that’s not the rule change that will have the biggest impact on games this season.

The consequences of moving the extra point back 13 yards, however, will likely be felt in some capacity every Sunday. A play that has been automatic for so many years is no longer that way, and that’s a pretty big deal.

All but two NFL owners voted to push the extra point back from the 2-yard line to the 15-yard line at the owners’ meetings in March, which has been discussed for several years. Patriots head coach Bill Belichick led the charge for this rule change, saying last year that extra points weren’t designed to be automatic when they were first put into the game. It was suspenseful when position players had to do the honors, but given the specialization of kicking, it became nothing more than a fait accompli.

It’s true that the extra point became a waste of time in recent seasons — placekickers have converted more than 99 percent of PATs since 2010. Over that same time period, kickers have made nearly 93 percent of 33-yard field goals, which is the new extra point distance.

A 93 percent success rate is still high, but it can’t be taken for granted. The extra point is now a competitive play, and the question is how coaches will manage this change.

Will this lead to more two-point conversations?

The two-point conversion is one of the more exciting plays in football, but the risk is seldom worth the reward. That would appear to be the case again this year, even with the PAT rule change in mind.

Only four seasons since 1994 have produced a successful two-point conversion rate of 50 percent or more, and last year teams were successful on only 47.5 percent of their two-point attempts. It’s still a relatively low percentage play.

Most NFL coaches are conservative by nature, so it’s unlikely many clubs will alter their game plans. Placekickers converted 93.1 percent of PATs this preseason from the new distance, so if history holds, teams that go for two would be hurting their chances to score by more than 40 percent just for the sake of adding one more point to the scoreboard.

Like previous seasons, the two-point conversion will likely only be used sparingly. The risk/reward isn’t worth it unless the game is on the line.

How much will the new extra-point rule affect games?

Even though a 93 percent success rate is high, it does leave some room for error in a league that’s dominated by parity. Since 2002, the most common margin for victory in the NFL has been three points. Over the last 12 seasons, more than 22 percent of games have been decided by three points or fewer.

That means flubbing an extra point could be the difference between a team winning or losing –– especially considering that the ball will be now be live after each attempt. The defense has a chance to score two points if it forces a turnover.

This wrinkle puts an increased emphasis on which personnel groupings coaches run out on PAT attempts. Belichick came under fire in 2012 when tight end Rob Gronkowski broke his forearm blocking during an extra point, as many people questioned why Gronkowski was on the field for a play in which it was impossible for the defense to score. But now, coaches have an incentive to put their best blockers on the field whenever the extra-point unit is called upon.

Given how closely contested many NFL games are, even the slightest rule change is likely to have some sort of impact. It’s fair to say moving the extra point back and making the ball live, which takes away automatic points and adds the potential for a three-point swing, is significant.

Is this a good rule change?

Fans who say they are in favor of the NFL’s new extra-point distance will probably feel differently if it costs their favorite team a victory. An important game – maybe even a playoff game – might be decided because a kicker shanks an extra point. That’s a lousy way to lose, and not a rewarding way to win.

If the NFL wanted to incentivize coaches to go for two more often, it should’ve moved the extra-point back further. Though a 33-yard field goal isn’t a chip shot, few coaches are going to routinely pass on a play with a more than 90 percent success rate.

The extra point is now worth paying attention to, but it’s still shy of actually being exciting. The biggest takeaway here is that this gives kickers more leeway to impact the outcome of games, and who wants to see that?

LatinoAthlete Staff - June 20, 2015
0
Paraguay and Uruguay meet in their final Copa América group game with both sides still fighting to make the knockouts. The final round...