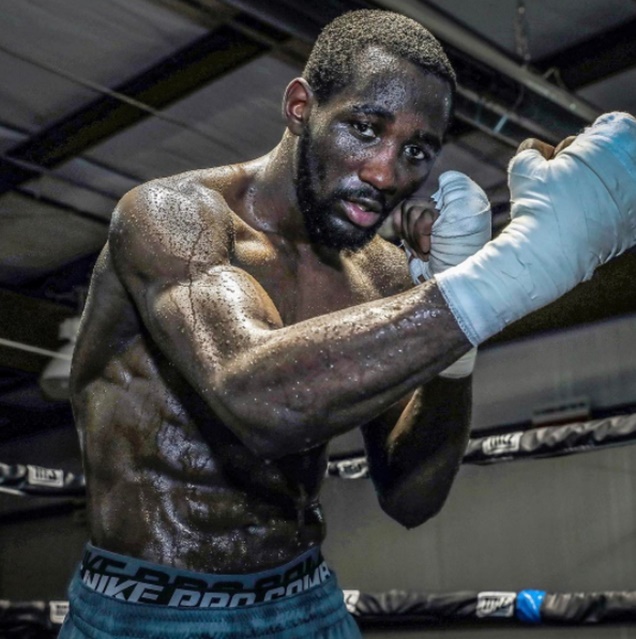 It’s about to go down tonight in what is said to be a fast-paced and extremely exciting fight between WBA/WBC light welterweight champion Terence “Bud” Crawford and two-time Olympian Felix Diaz.

Earlier today was the Terence Crawford vs. Felix Diaz Weigh in and both fighters looked great. Read on…

LatinoAthlete.com has the latest news on the Terence “Bud” Crawford (30-0, 21 KOs) and Felix Diaz (19-1, 9 KOs) weigh in for tonight’s fight at Madison Square Garden in New York.

The WBA/WBC light welterweight champion will be defending his title tonight.Crawford weighed in on Friday at 139.2 pounds. His opponent, Feliz Diaz, who is said to be Bud’s toughest opponent of his career, weighed in at 139.4 pounds. Crawford-Diaz will be televised on HBO World Championship Boxing.

Crawford, 29, is eager to get in the ring and take down Diaz, but first he wanted to say that he wants to make a statement fighting against Diaz. 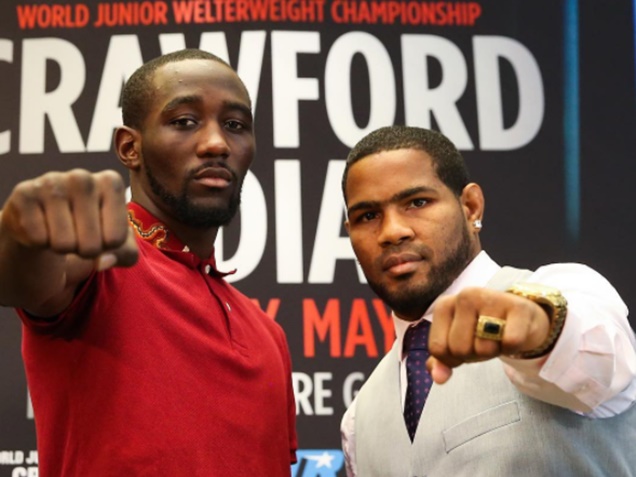 Does this mean Terence Crawford is planning on knocking out Diaz?

Now that Terence Crawford has put this out there, he better hope that he can follow through with his “statement” since we feel that Felix Diaz might be making a statement out of Terrence. Diaz is tough and he puts a lot of pressure on his opponents.

It’s important that Crawford look good in this fight because he did not look good in his last two fights against John Molina Jr. and Viktor Postol Jr.

What will Terence Crawford need to do?

First and foremost, Crawford will have to showcase his boxing skills and that means not running. If Terence Crawford wants to become a star he needs to approach this fight like Floyd Mayweather Jr would – merciless!

Second – Crawford needs to to stand his ground and show that he can beat Diaz by staying in the pocket.

We’ll see how this plays out since Crawford talks a good game, but when he stepped up against Molina and Postol, he basically pussy footed around. Both fights were snore fests, so he needs to turn the focus back around on him.

Crawford’s track record with boring fights seems to super-seed his talents. Especially, since Crawford’s last 6 fights were all boring and one-sided fights.

Here is what Crawford has to say about tonight:

”I just have to keep winning. If I keep winning then the opportunities for even bigger fights will present themselves. But this is a really big fight to me. Diaz is a worthy challenger and you can’t bring just any fight to The Garden. I didn’t get this far without winning. I ‘m ready for any opportunities at 140 or 147 pounds. I want to put a show on for everyone on Saturday night. I WILL make a statement.”

Crawford is confident for the win. Take a look:

Other weights on Saturday’s Terence Crawford vs. Felix Diaz card:

LatinoAthlete Staff - June 16, 2015
0
She may have the hardest name in MMA to pronounce, but it's worth learning to say it since the newest UFC champion may be sticking...