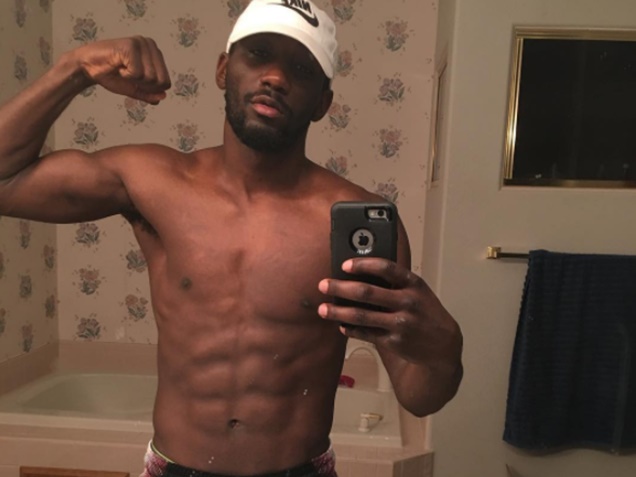 LatinoAthlete.com has the latest from WBA/WBO light welterweight champion Terence Crawford (31-0, 22 KOs) who is ready to take on Manny Pacquiao. But will he accept? That seems to be the problem.

It’s a pretty big request, but Terence Crawford believes that would be a tough opponent for the light welterweight champion.

“[I want] Pacquiao. That’s the only fight out there that we are really looking for. If not, [Julius] Indongo is here. He came to my fight. Let’s get it on, Indongo, wherever you are at. Keith Thurman? Whoever. I’ll fight anybody.”

Why Does Terence Want a Pacquiao Fight?

It’s simple, a fight between Crawford and Pacquiao would have instant passing-of-the-torch connotations. That is in theory though since the two fighters share a promoter.

The only problem is that Pacquiao is two-stepping on Crawford. Instead of agreeing to a fight with Terence, the WBO welterweight titleholder, has avoided him. Pacquiao has choosed instead to face unknown Jeff Horn on July 2 in Australia.

When asked if he believes Pacquiao would consider facing him at the age of 38, Crawford, 29, replied with this:

“Who knows? Hey, that’s not up to me. I’m a fighter. That’s up to my promoter, Bob Arum. [Pacquiao] has a fight that he’s preparing for right now so he’s more focused on that than anything else.”

Fighter’s are now reluctant to step in the right with him since Bud showed everyone how easily he dominated Diaz (19-2, 9 KOs). Crawford made a statement with fighters and now the native of the Dominican Republic, he displayed his growing nasty streak inside the ring as well.

“It’s a fight, you can’t be nice in there. My dad always taught me as a little kid: ‘Don’t go in that ring to play or you’re going to get hurt.’ So you got to be mean in there.”

The great thing about this fight is that the victory will NOT only boost Crawford’s claim as one of the P4P best. He’ll continue to wait for an opponent who can truly push him.

“Of course, [P4P respect matters], that’s what we all do it for. That’s why we bleed, sweat and put our life on the line to be remembered in the sport of boxing.”

LatinoAthlete Staff - July 4, 2015
0
Showers and thunderstorms remain in the weather forecast this weekend for Daytona International Speedway. Most of the storms will be of the...