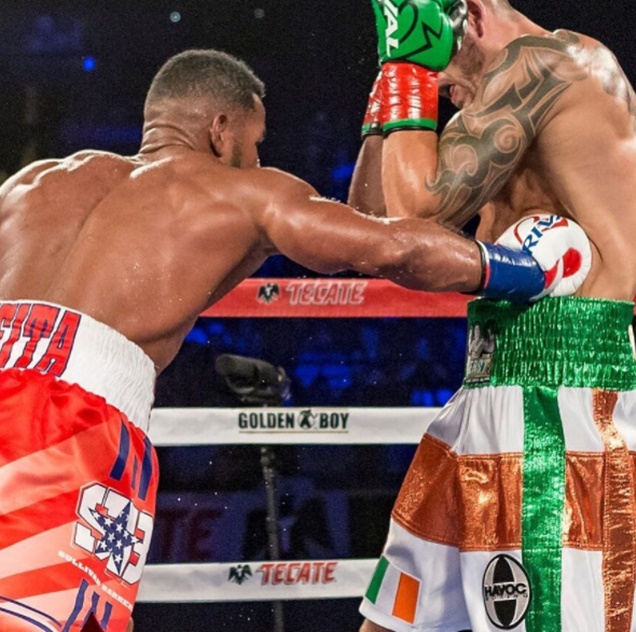 Sullivan Barrera proved he had what it takes, since he defeated light heavyweight contender Joe Smith Jr. They two fighters were battling it out in the ring on Saturday for the WBC International 175 lb. title at the Forum in Inglewood, CA.

Sullivan Barrera left the ring as the victor after defeating Joe Smith Jr. Read on…

After that, it was all about Barrera. He dominated Smith Jr., it wasn’t a match after that, Barrera made Smith his punching bag with his jabs and right handed punches.

Barrera pressed down on the gas and worked the living shhhh out of Joe Smith Jr.. The 27-year-old didn’t look a match for the former Cuban amateur boxer. Smith Jr. was easy work for Barrera who had tremendous power behind every punch. He continually nailed Smith Jr. making him look utterly uncoordinated in the ring with his fighting stance

This is a great comeback for Sullivan Barrera, especially after his 12 round unanimous decision loss to Andre “SOG” Ward in 2016. Currently, Barrera has won his last 3 fights in beating Vyacheslav Shabranskyy, Paul Parker, with Joe Smith Jr. making #3.

“Thank you all for the support. Joe Smith is a tough warrior and great fighter. Thank you to all my partners.”

Now, Barrera is in a good position to fight for the IBF or WBA titles