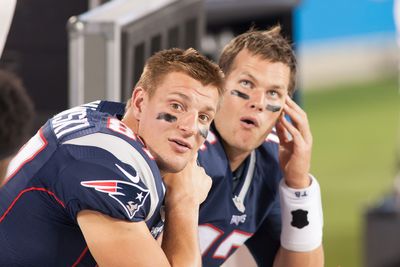 The New England Patriots are 7-3 straight up and against the spread in their last 10 games against the Pittsburgh Steelers. The Patriots are favored to continue that success when they host the Steelers this Thursday night in Foxborough.

New England is a 7-point favorite in its home opener according to sportsbooks monitored by OddsShark.com. The line has moved from New England -5.5 to New England -7.0 over the last week.

The Patriots took some hits on defense this offseason including the departure of Darrelle Revis, but the offense should be just as lethal as usual. In winning his appeal against the NFL’s ruling, Tom Brady had his suspension dropped from four games to none, putting the elite quarterback back under center for this season opener.

New England is 13-1 SU in its last 14 regular season games as a home favorite.

Unlike the Patriots, the Pittsburgh Steelers will not be relieved of missing an offensive star due to suspension. Running back Le’Veon Bell did have his suspension dropped from three games to two to start the season, but he will still be out in this one.

With Bell out, look for Ben Roethlisberger to get a healthy dose of passing plays called and Antonio Brown to get plenty of targets as well. Pittsburgh is 7-2 ATS in its last nine games as a regular season underdog per the OddsShark NFL Database.

Thursday night’s total is set at 52 points. The OVER is 5-0 in the last five regular season games that New England has played against AFC North opponents.

This game has the look and feel of a shootout. New England will be working out some kinks on defense, and Pittsburgh’s defense looks like it could be a season-long work in progress. If Bell were playing and this game was at a neutral location, taking Pittsburgh would be a lot more enticing.

But at home with Brady going up against an inexperienced defensive unit, the Patriots are likely to eventually pull away. Lay the points and take New England to win and cover at home.

The Dominicans won and got into the World Cup