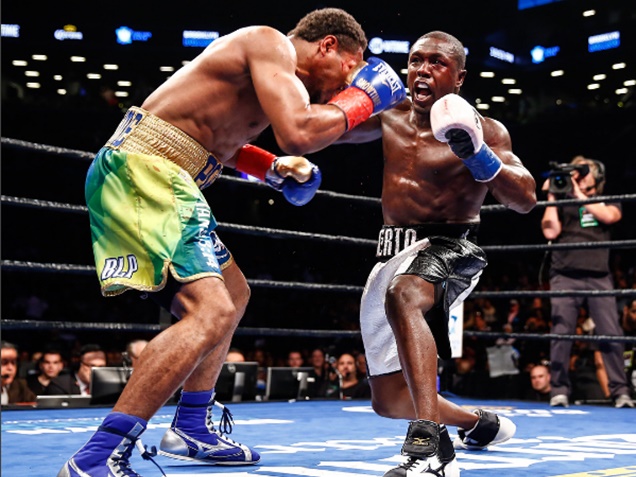 Like Charlo, Shawn Porter is not a fighter you under estimate because on Saturday night he pull off an impressive TKO of Andre Berto in Brooklyn, New York!

It was dubbed an exciting and extreme slug fest between two welterweights, and it appeared that Shawn Porter was just way too much for Berto.

Porter was full of powerful punches and early in round 9 he landed a stunning left hook to the chin of Berto, and it was lights out for the Haitian boxer. The 33-year-old wobbled to stay up, but when Porter landed a second clean left hook, the fight was O.V.E.R!

Porter had a plan, and that was to take out Berto quickly and clean. He continued to managed to constantly trap Berto on the ropes who seemed shell-shocked by the pressure. Not only that, Porter’s footwork was impressive. Throughout all 9 rounds leading up to the TKO, Porter had far too much youth, desire, and roughness for Berto. He was unable to keep up.

Basically, Porter went for broke. He was on a mission of no mercy taking down Berto. It was like he was clueless to what hit him. 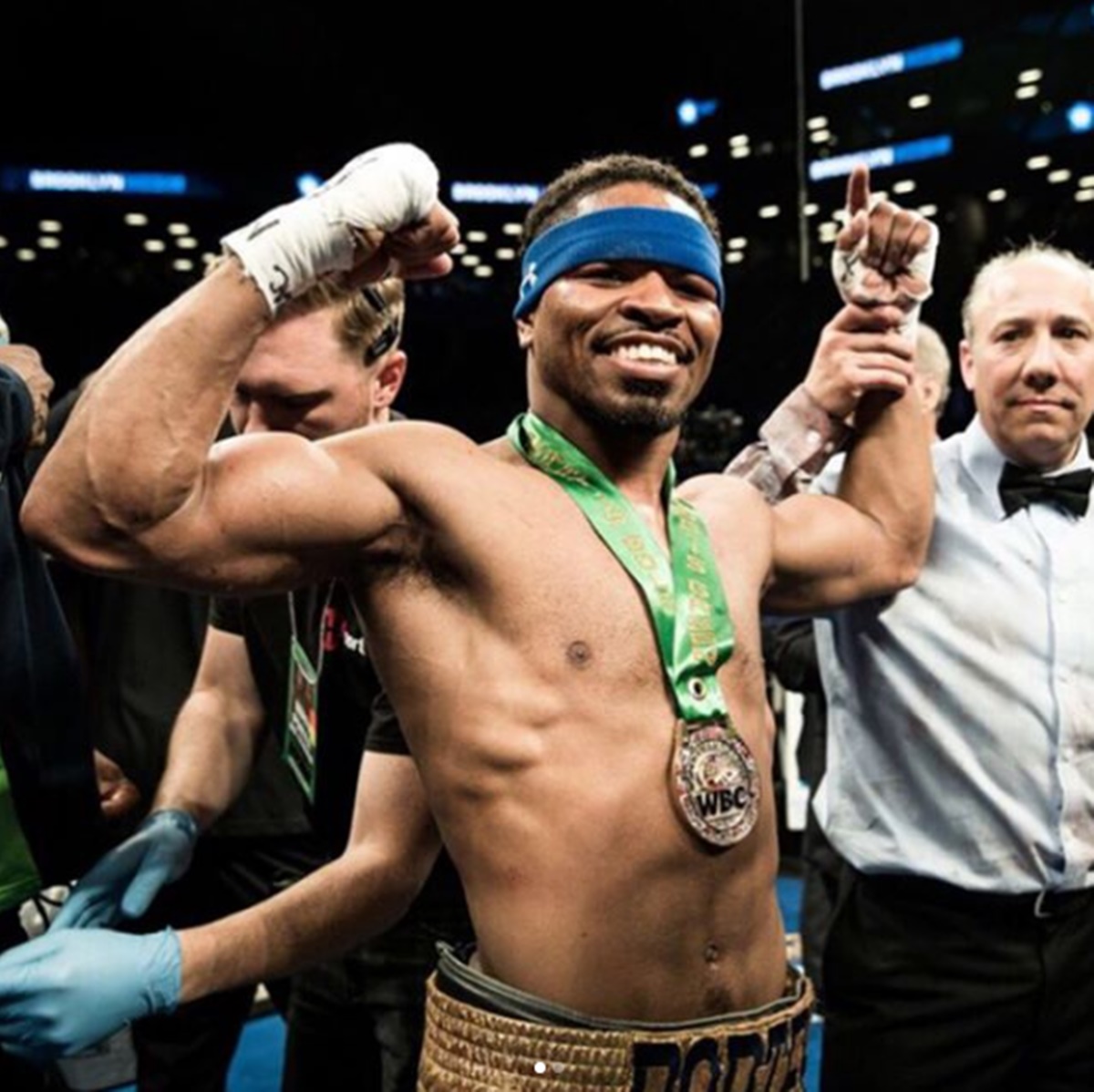 Shawn Porter had this to say about the fight. He even thanks Berto for a great fight:

“NOTHING BEATS THAT WINNING FEELING!! Salute to @andreberto on a great fight, honored to share the ring with him. Feeling great after that one and y’all already know what #TeamPorter wants next!! #BLESSED #ThePorterWay 📷!”

Andre Berto still showed his love for the sport of boxing with this statement:

“Words can’t express the love I have for this fight game. The grit the grind for 20 years+ it’s been nothing but blood, sweat and tears. Boxing is like life we all gonna fail sometimes. Boxers r just brave enough to do it in front of the world. I want to thank everyone for all the love and support, finally time 2 relax & enjoy the fruits of my labor…. “

WBO Featherweight champion Oscar Valdez (22, 0, 19Ko’s) beat-down title challenger Miguel Marriagia (25, 2, 21Ko’s) in Carson California by unanimous decision. The fight was a highlight of Saturday night. Valdez vs Marriagia fight, traded huge bombs and just as Marriaga looked to be getting the better, Valdez dropped him with a huge shot. And the rest is history!

LatinoAthlete Staff - August 16, 2015
0
The field is ready for the final day from Whistling Straits and viewers will be able to watch most of the action. Only...