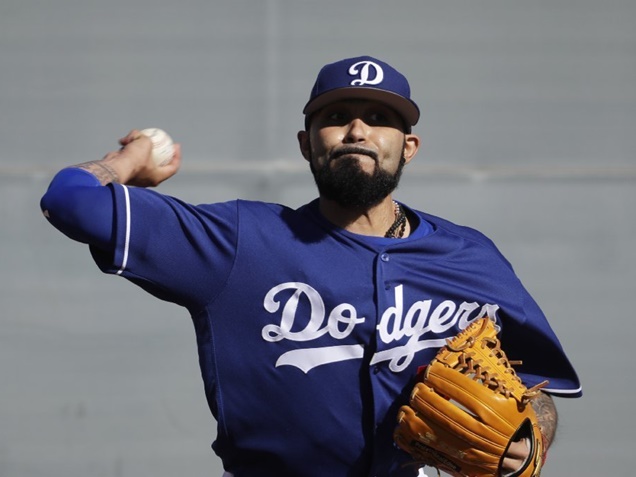 The Los Angeles Dodgers pitcher Sergio Romo is not having a good season thus far, and fans want him gone. If you think they’ve been hating on Yasel Puig, this is nothing.

Read on and see what they are saying about the Mexican-American MLB player, Sergio Romo…

LatinoAthlete.com recalls Sergio Romo, the veteran right-hander, speaking on his bumpy start with the Los Angeles Dodgers after signed a one-year, $3-million deal with the club.

The Dodgers were expecting an experienced veteran pitcher when they signed Romo, but fans have wondered if the deal was worth the money.

Sergio had this to say after getting off to a rather bumpy start with the Dodgers:

We’re now into July and after Friday nights game against the San Diego Padres. The Dodgers won 10 – 4, but fans are not happy with Sergio.

Here is what Dodgers fans are saying about Romo on Twitter:

“Can we leave Sergio Romo in SD?? He is from Brawley, not that far away.”

“Hector Sanchez takes Sergio Romo deep. Pretty sure all of his hits this year have come against former or current Giants.”

Another Dodgers fan weighed in on Padres Venezuelan catcher Hector Sanchez, who apparently hit off of Sergio:

The Sergio backlash continued with this:

“Designate Sergio for assignment. Or send him back to Brawley. #Dodgers”

Last but not least, there is this one:

“OK, it might be time to give up on Sergio Romo.”

We can go on, but we think you get the point right now. Sorry Sergio, we hope things will change for you.

U.S. Open live stream 2015: How to watch Sunday’s round online

LatinoAthlete Staff - June 21, 2015
0
There will be four streams for the final round from Chambers Bay. Barring a playoff, there are only 18 holes left to play...