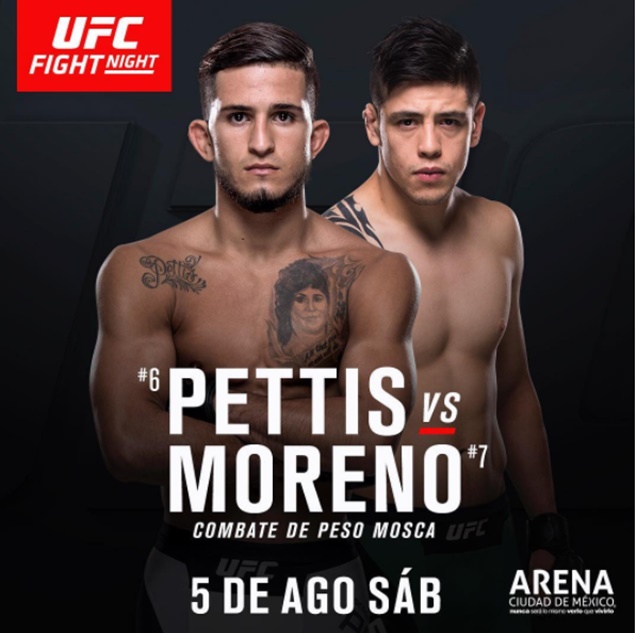 The date is set for Aug. 5 in Mexico City, Mexico for UFC Fight Night 114 with Sergio Pettis vs. Brandon Moreno as the main event!

The UFC is heading back to Mexico for a extraordinary fight, pitting Sergio Pettis against Brandon Moreno. Read on…

LatinoAthlete.com has the latest on UFC Fight Night 114 thanks to the UFC announcing the upcoming event on Sunday.

Hopefully, Sergio Pettis (15-2) can turn things around after coming off a disappointing week at UFC 211. His challenger Henry Cejudo was canceled the week of the event due to a Cejudo hand injury.

The flyweight bout will have Sergio “The Phenom” Pettis, 23, who is is 6-2 overall in the UFC after winning three consecutive contests. He is going up against Brandon Moreno (14-3), who has proven to be a revelation in the UFC. 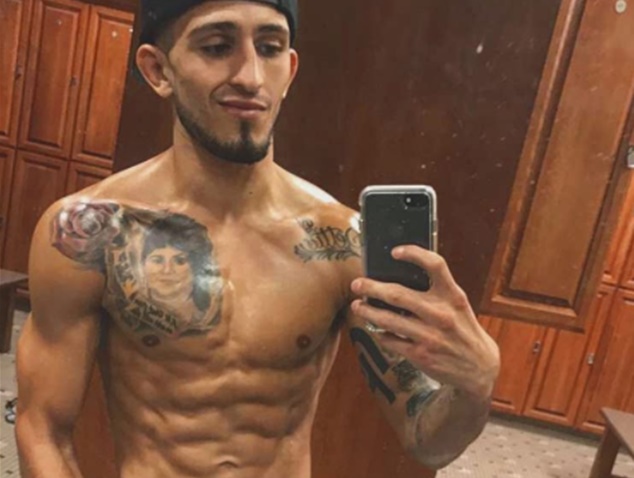 The Mexican native Moreno aka ‘The Assassin Baby’ entered TUF 24 as the No. 16 ranked fighter out of 16 and promptly lost a back-and-forth fight to top-seeded Alexandre Pantoja. Since then the 23-year-old MMA fighter has defeated Louis Smolka, Ryan Benoit, and Dustin Ortiz, proving himself as a worthy contender in the 125-pound division.

What do you think of Sergio Pettis vs Brandon Moreno? Are they a matched fight?

England is doing extremely mean things to Canada at the women’s...

LatinoAthlete Staff - June 28, 2015
0
England is a nation known for it's staunch social rules and adherence to being a good guest. They're not following these against...