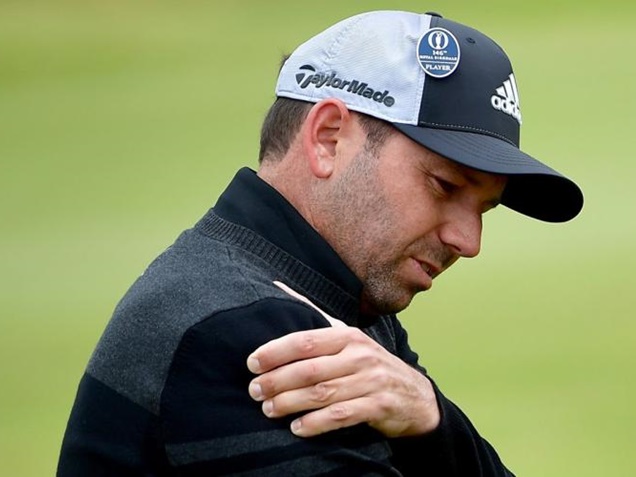 Golf professional Sergio Garcia almost ruined his chances at The Open after he decided to make a angry swing of his club into the shrubs.

The incident took place on fourth hole at Royal Birkdale on Friday causing him to injure his shoulder. Read on to get more details on Sergio Garcia…

LatinoAthlete.com has learned that the Masters champion, Sergio Garcia was clutching his shoulder after the incident.

It wasn’t a smart move on his part because he was scene taking painkillers on the fifth tee. Man, don’t end up like Tiger Woods, Sergio. That is not a good look for any athlete.

By the seventh hole, Garcia took time to speak with a medical official, since his shoulder still felt sore at the end of his second round.

Garcia had this to say about his actions on the fourth tee and hurting his shoulder.

“Obviously I’m not happy about it. because I almost screwed up my British Open.”

Luckily, Garcia was still able to drive the ball to the green on the 346-yard fifth hole making a eagle. By the end of the day, he shot a 1-under 69 in gusty conditions. He was 2 over for the tournament.

Here is what Sergio had to say about losing his temper:

“I hit [the shrubs] backwards. It was a very weak position, and it felt like the muscles went on top of each other. So it didn’t feel good at all. Sometimes you are out there and you are trying your hardest. When you can’t do it, you get frustrated. We’ve all had this.” 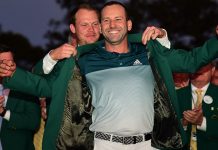 Jose Fernandez is back, and his first pitch was perfect