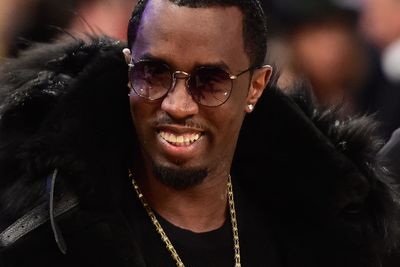 The musician got into it with the coach known for tripping a Miami Dolphins player during a punt return in 2010.

Music producer and rapper Sean Combs was arrested at a UCLA football summer workout after getting into a physical altercation with a coach, reportedly strength coach Sal Alosi and a football intern, according to Bruin Report Online.

Combs was charged with three counts of assault with a deadly weapon, one count of making terrorist threats and one count battery, according to Ryan Kartje of the Orange County Register.

According to Bruin Report Online, Alosi kicked Justin out of practice due to a lack of effort early Monday morning. Combs arrived at the UCLA athletic facility in the afternoon to confront Alosi. Alosi asked an intern to call campus security, and that’s when the alleged assault took place.

Alosi, then, according to witnesses, put up his hand in a non-threatening way, and instructed Combs to get his father out of the office. Diddy then walked into Alosi’s hand, and told Alosi not to put his hands on him.

In the next moment, according to many on the scene, Diddy attacked Alosi, until interns and other personnel pulled off Diddy. The celebrity broke free again at one point and struck Alosi. The personnel were then successful in getting Diddy out of the office and into the weight room, where Diddy picked up a kettlebell, which is a type of barbell, and then swung in at one of the interns.

Alosi’s shirt was reportedly torn, and he had scratches on his face. Police arrested Combs after watching the security video.

In 1999, Combs was found not guilty on weapons charges and was sentenced to anger management after another incident. Alosi is the former New York Jets assistant who tripped a Miami Dolphins player during a punt return in 2010.

Shortly after 12:30 p.m. today, Sean Combs (also known as P. Diddy) was arrested at UCLA’s Acosta Athletic Training Complex on a charge of assault with a deadly weapon, which was a kettlebell [a weighted piece of exercise equipment, similar to a dumbbell]. No one was seriously injured and UCPD is investigating. Combs is expected to be transported to the Los Angeles County Sheriff’s Department Inmate Reception Center later this evening.

Get all kinds of NCAA Football stories, rumors, game coverage, and pictures of Puddles in your inbox every day.

T.Y. Hilton and the Colts are a perfect match

LatinoAthlete Staff - August 13, 2015
0
T.Y. Hilton is a perfect fit for Andrew Luck, and for that the Colts made Hilton one of the highest-paid receivers in...