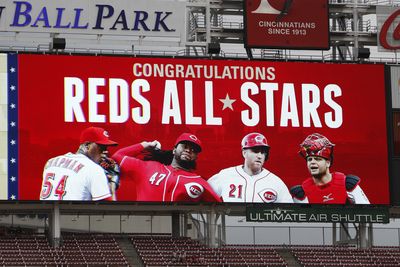 Sunday morning’s baseball includes the Reds finally getting that fire sale going, Jonathan Papelbon and the Phillies and the Red Sox disappointing (but successful!) season. Subscribe for your daily Say Hey!

Listen, we know it’s tough to catch up on everything happening in the baseball world each morning. There are all kinds of stories, rumors, game coverage and Vines of dudes getting hit in the beans every day. Trying to find all of it while on your way to work or sitting at your desk just isn’t easy. It’s OK, though, we’re going to do the heavy lifting for you each morning, and find the things you need to see from within the SB Nation baseball network as well as from elsewhere. Please hold your applause until the end, or at least until after you subscribe to the newsletter.

Everyone has been waiting for the Reds to get moving before the trade deadline, and while their team as a whole isn’t very good, they have some excellent pieces for other teams to work with. Johnny Cueto, impending free agent and ace, is the obvious one, and Jay Bruce — who has rebounded over the last two months and has been one of baseball’s better bats in that time — is another. That’s not all, either; while they won’t trade 2015 Home Run Derby champion Todd Frazier or second-year player Billy Hamilton, closer Aroldis Chapman, another free-agent-to-be starter in Mike Leake and bit parts like Marlon Byrd could also be moved.

This isn’t just hypothesizing, either, as Reds owner Bob Castellini has said it’s time to start trading, and the names who are not going anywhere have been made clear: it’s Frazier, Hamilton, and then expensive pieces like Joey Votto and Homer Bailey that Cincinnati would like to build around, as well as longtime Reds second baseman and fan favorite Brandon Phillips.

Even with those players off the table, Cincy could get a serious haul back for Cueto, Chapman and Bruce, and with the lack of mid-range pitching talent available at the trade deadline, Leake can probably bring back a nifty prospect or two as well. Sure, the Reds are going to look pretty ugly for the last two months of the season, but they need the influx of new, young talent, and trading away these lusted-after pieces is the only way they’re going to get it in short order.

Get all kinds of MLB stories, rumors, game coverage, and Vines of dudes getting hit in the beans in your inbox every day.

LatinoAthlete Staff - June 20, 2015
0
Win and you're into the finals. Lose and your season is over. Virginia couldn't put down Florida on Friday afternoon, so they'll...