We just got word that Argentine MMA fighter Santiago Ponzinibbio wants to move up the welterweight ladder in the UFC.

Per LatinoAthlete.com, Santiago Ponzinibbio currently is not ranking in the 15 UFC welterweight fighters. But the Gente Boa plans to change that in 2017. He plans to take the first step during an UFC Fight Night event in Halifax that takes place on Sunday night (Feb. 19). He plans to take his first step on the ladder by taking on Nordine Taleb this the event.

The welterweight Ultimate Fighting Championship told Bloody Elbow that he plans to make his way to the 170-pound rankings:

“I’m Argentinean. I’ve had most of my fights in Brazil. Argentina and Brazil are great rivals for soccer, so I’m used to being the visitor.”

Ponzinibbio has mapped out a plan for a three-fight winning streak. His plans have been successful thus far. He has already taken out Andreas Stahl, Court McGee, and Zak Cummings. He only suffered one casualty back in 2015 against Lorenz Larkin with a TKO loss. 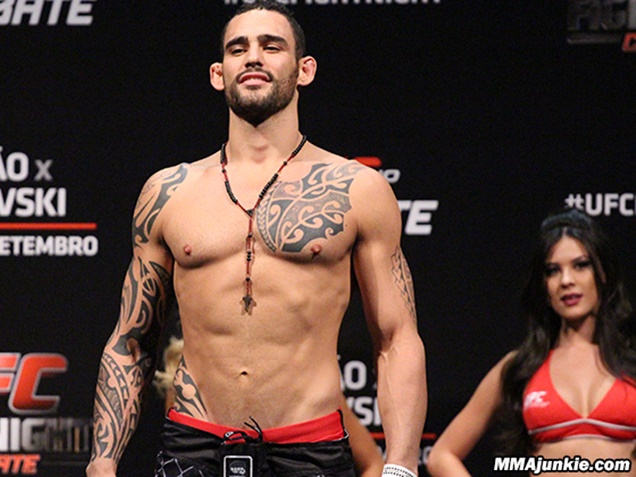 As for, his opponent, Nordine Taleb, 35, he just came of a stunning KO victory over Erick Silva. Though, Santiago Ponzinibbio isn’t worried in the slightest.

We guess we must see how the fight goes down, but we hope for the Gente Boa, his winning streak stays solid.

LatinoAthlete Staff - August 31, 2015
0
Why would you want everyone's rankings to look the same? I'm here to break down quarterbacks in 2015 fantasy football rankings following...