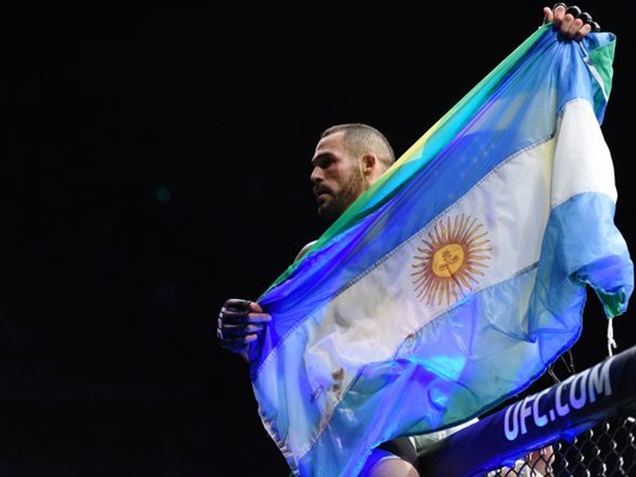 Sorry Gunnar Nelson fans but the UFC’s #8 welterweight and Conor McGregor’s friend got Knocked the f— out by the #14 welterweight Santiago Ponzinibbio. It was like we said, Gunnar had no clue what he was in for with Santiago!!!

Congrats goes out to Santiago Ponzinibbio for knocking out Gunnar Nelson in the first round. LOL! Read on…

LatinoAthlete.com has the results of the Gunnar Nelson vs Santiago Ponzinibbio fight that took place at the SSE Hydro Arena in Glasgow, Scotland.

How Santiago Ponzinibbio Got a KO in 90 seconds Flat:

Ponzinibbio threw a heavy right handed hit and Gunnar was down for the count. Ponzinibbio dropped him to the canvas, and finishing up with ground strikes to seal the deal in just 1:22. Nelson was just too confident that he was going to just walk in and take out Ponz. We are happy to hear the news. This is what we predicted. Gunnar thought Ponz was an easy target and we said that he was a powerhouse hitter that Nelson needed to be ready for. Apparently he was not.

Round 1, UFC Glasgow fans saw an uppercut from Nelson, catching Ponzinibbio immediately. Things looked good for 30 seconds and then it went left. Ponzinibbio retaliated with a right hook hurting Nelson. Then, BAM, Ponz throws a ton of heat and he drops Gunnar with a massive left hook! Huge shot on the ground and the fight is over!

Santiago gets a massive win from this. He has one of the longest winning streaks in the welterweight class with eight straight wins.

Ponz thnked everyone for supporting and believing in him:

Now, we just need to see Floyd Mayweather do Conor McGregor the same way, so he’ll go back to the UFC with his tail between his legs. 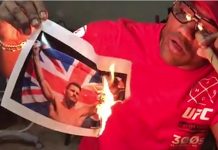 LatinoAthlete Staff - July 22, 2015
0
The United States men's national team will finally play a meaningful, difficult match in Gold Cup on Wednesday. After a tough, but comfortable...