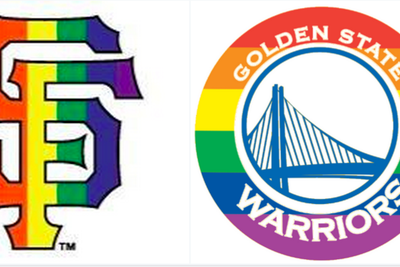 Warriors President and #SFPride2015 Grand Marshal @RickWelts brought this along to share with today’s crowd. pic.twitter.com/iYPQfMPPcy

After the landmark Supreme Court ruling on Friday which made same-sex marriage legal in all 50 states, many athletes have been quick to show their support.

Most franchises, on the other hand, have chosen to keep quiet. That is except for three of San Francisco’s biggest teams.

This is pretty great!

Even Larry O’Brien got involved!

LatinoAthlete Staff - September 4, 2015
0
Only a few weeks ago, former Australian Rugby League player Jarryd Hayne was a blip on the NFL...