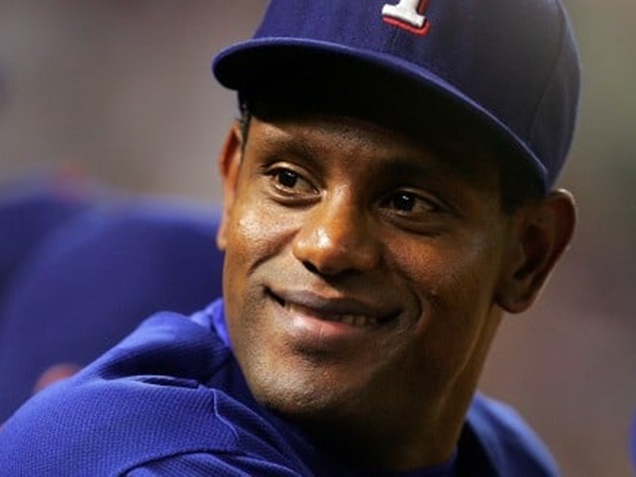 In a strange segway to avoid the steroid questions, the former Dominican MLB player, Sammy Sosa compared himself to Jesus Christ?

Wait? What? Anyways, Sammy Sosa came out of nowhere recently to interview with former Chicago Cubs employee Chuck Wasserstrom. Sosa replied to Wasserstrom when asked about being bothered by people believing that he used performance-enhancing drugs.

The 48-year-old weighed in with one of the strangest responses:

“Chuck, it’s like Jesus Christ when he came to Jerusalem. Everybody thought Jesus Christ was a witch — and he was our savior. So, if they talk (trash) about Jesus Christ, what about me? Are you kidding me?”

Huh? Sammy the question was about your alleged steroid usage, not you comparing yourself to Jesus.  It didn’t stop there. Sammy had another epiphany taken from the stupid files. Sosa added this gem of a statement:

“When nobody knew who, Chicago was, I put Chicago on the map.”

Yes, Sosa just stated that he put The Chicago Cubs on the map for his great baseball skills.

Did you notice how Sammy Sosa left out the enhanced-steroid baseball skills?

Hey we have a great ideal, Sammy, how about you just shut up and stop sounding stupid? Yes?

If you recall, Sammy Sosa was part of the great steroids wave of the 90s and early 2000s. Sorry there is no denying that. What is worse is that he acts like he didn’t participate in that situation. It makes Sosa look ridiculous.

And to top that, Sammy is a millionaire who took drugs to be good at a sport, but then denies what’s already been proven years ago?

Maybe Sammy should NOT have interviewed. Does anyone miss Sammy Sosa on the field?

LatinoAthlete Staff - July 28, 2015
0
After his DeflateGate suspension was upheld by Roger Goodell, Tom Brady is taking the fight to federal court. Tom Brady will challenge the...