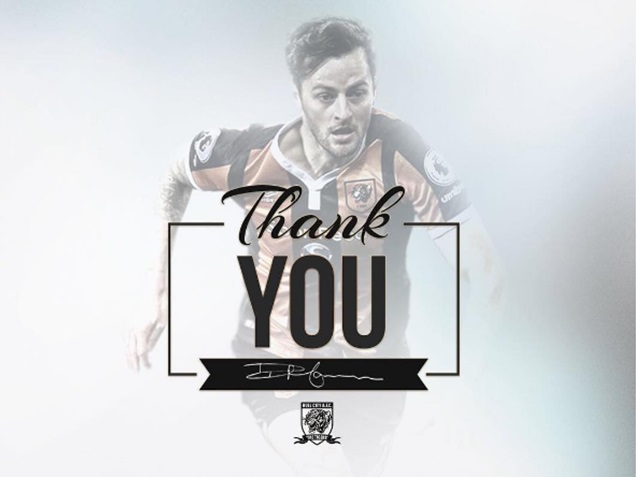 Hull City midfielder Ryan Mason says that he is ‘Lucky to be Alive’ after suffering a skull fracture during the Premier League match!!!

LatinoAthlete.com has this report per Ryan Mason, who took to social media to let everyone know that he is doing well and just happy to be alive.

Ryan posted a heartfelt message on Instagram after being released from the hospital, and after undergoing surgery.

If you recall, Hull City midfielder Ryan Mason suffered a life threatening skull fracture after he collided with Gary Cahill. The injury happened just 13 minutes into the Premier League match. The incident led to an eight-minute stoppage in play to give oxygen to Mason before rushing him to St. Mary’s Paddington hospital. There he was diagnosed with a skull fracture and needed to undergo surgery.

Mason was released from hospital on Monday, a week after the life threatening injury, where he writes this message.

“I would like to thank everyone for the overwhelming support that has been shown to both me & my entire family over the past week or so.”

“It has been an emotional roller-coaster and I feel lucky to be alive, but I’m happy to say that I’m now at home resting and recovering. My fiance & family have read so many messages of support to me over the past week. To have had so many people send messages to me, including from fellow players, clubs (in particular the support shown to me from both Hull City and Tottenham Hotspur).”

He continued by thanking his many fans who supported him:

“I have received from the general public around the world has been completely overwhelming. Each and every message of support really has given me strength and I cannot tell you how much it means to me. The love and support my Mum, Dad, sisters, fiance Rachel and all of my friends and family have shown to me during what has been an extremely traumatic time for all involved has been incredible and I want to thank them from the bottom of my heart for being there for me throughout.”

“Finally, I would like to say a special thank you too to all of the medical staff at Hull, as well as the medical team at Chelsea and of course the fantastic treatment and support I have received from all of the staff during my stay at St. Mary’s hospital. I will now be taking each day as it comes and concentrating on my recovery.”

We are just happy Ryan Mason is doing well and recovering.

Western Kentucky Busted Out The Trick Plays And Gave Us A...

Manuel Frias - December 21, 2016
0
With 40-odd bowl games to sit through, you have to appreciate Western Kentucky’s efforts to spice up a game between the AAC West’s fourth-best...