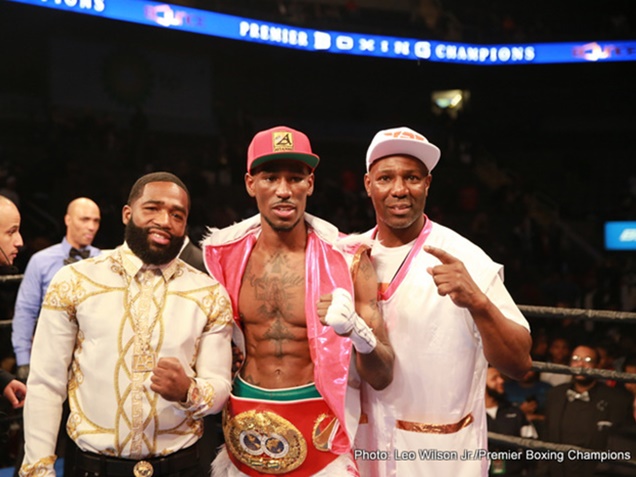 On Friday, Robert Easter Jr (19-0, 14 KOs) is still undefeated by a lopsided 12 round unanimous decision against Luis Cruz. Read more…

The only questionable round that you can argue was Cruz deserved the 9th. Hands down the round was all Luis Cruz since he caught Robert Easter Jr with a powerful right hand to the head. During that round Easter Jr., did all he could do to stay in the fight, Per Boxing News 24.

That round was short lived since Easter Jr came back in the 11 and 12th knocking Cruz down with right hands. Cruz could not withstand the velocity of Easter hard hits. Easter smothered himself choosing to fight Cruz on the inside. He was trapped against the ropes in rounds 9 through 12.

Why did Robert Easter Jr chose to fight in close?

There is no clue why 5’11” boxer did that. Easter was a much better puncher on the outside getting leverage with his shots. Easter Jr. wanted to score a knockout by the 6th. Instead it went a full 12 rounds. Easter had serious force behind his punches.

That is why there is no surprise the punches that knocked Cruz down likely would have knocked out most lightweight division fighters antidepressant bupropion.

LatinoAthlete Staff - July 31, 2015
0
Jameis Winston won't have to go through a pointless quarterback competition, Matt Cassel is taking the first reps for the Bills and...