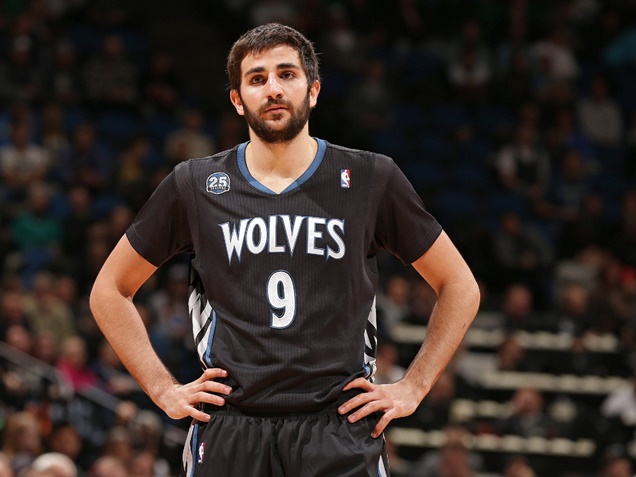 Minnesota Timberwolves made a shocking move when they decided to trade Ricky Rubio to the Utah Jazz for a first round draft pick. In return the Timberwolves acquired 2018 first-round pick the Jazz received from the Oklahoma City Thunder Enes Kanter trade.

LatinoAthlete.com has the latest MLB news regarding Ricky Rubio who is now the point guard for the Utah Jazz.

What does this trade mean for the Timberwolves now that Ricky Rubio is no longer a part of their after six years.

“I’m told Minnesota will be get a 2018 first-round pound to trade Ricky Rubio into Utah cap space. @tribjazz first to report deal happening.” 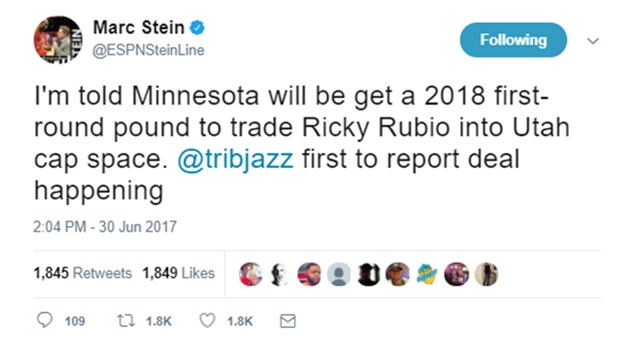 For the Timberwolves, it means George Hill is headed elsewhere in free agency, which could possibly open the door for Kyle Lowry or another point guard for Minnesota. The Timberwolves thought out plan has them is a great position with a lottery-protected three year draft for 2018, 2019 and 2020. However, if that fails, then in 2020 and 2021 it will turn into two second round picks for the Timberwolves.

Pablo Sandoval Era is Over in Boston

Contributor - July 14, 2017
0
The Boston Red Sox has officially terminated Pablo Sandoval from the team dubbing him one of the worst free-agent signings in franchise history. Ouch, that...