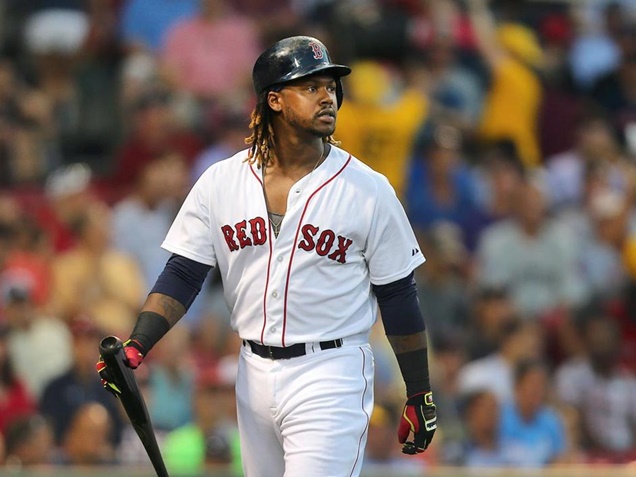 The pressure is on for Red Sx’s Hanley Ramirez, he has continually been striking out after getting over the flu in April. But the road has been a bit bumpy for Ramirez since the Red Sox have kept him out of the line up.

Hanley Ramirez was hoping to make a return and break his strike out curse, but on Thursday nights game it was a no go. Read on…

Last week, LatinoAthlete.com learned that Hanley Ramirez was not not in the lineup Wednesday against the Cardinals, according to The Boston Globe.

Will Hanley Ramirez Finally Get a Hit?

On Thursday, the Red Sox’s put him back in rotation, but he failed to produce anything. He got one hit which he ended up out at first, followed by three more times striking out.

Ramirez was probably the worst player of the night against the Oakland A’s who won 8-3 over the Red Sox. Rameriz is a known designated hitter for the Red Sox, so to see him play this badly is a shocker.

Now, we understand that Hanley’s game might be a bit off still since he was one of the four players have battled the flu for two weeks in April. It even took out several Red Sox coaches.

We will keep you posted on Hanley’s progress against the Athletes. Hopefully he will break his strike outs.