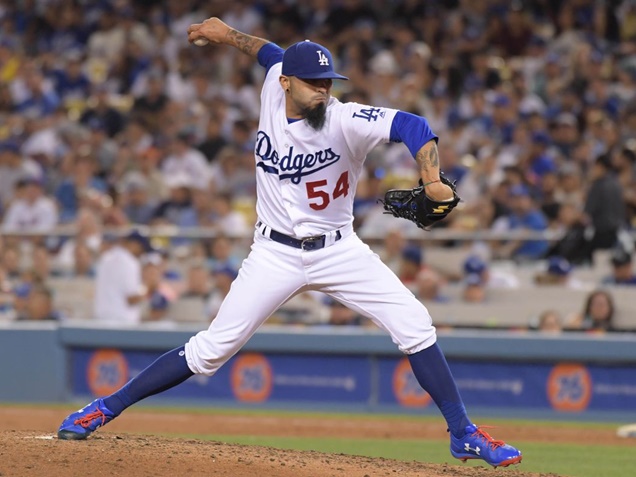 It was reported that the Tampa Bay Rays were seeking an “impact reliever” and they got their wish, since the dodgers agreed to trade Sergio Romo.

Read on to get more details on the Mexican-American MLB player, Sergio Romo getting traded to Tampa Bay Rays…

LatinoAthlete.com has just got news that Tampa Bay Rays got Sergio Romo in exchange for a player to be named later or cash considerations.

Some are questioning the ex-Giants closer since he doesn’t seem inspire much confidence. Sergio Romo was designated for assignment Thursday by Los Angeles after struggling to a 6.12 ERA in 25 innings in 2017. Romo’s 1.40 WHIP, 2.5 HR/9, and 4.3 BB/9 this season.

This is probably the worst season for the 34-year-old since he was picked up by San Francisco Giants in the 28th round of the 2005 amateur draft. This marks The Rays as Romo’s third destination of his career.

The Rays, were originally linked to Marlins closer A.J. Ramos this morning,but the team made a change and decided to go after Romo as they prepared to make a run at a Wild Card spot.

It appears that The Rays a plan in motion since the MLB trading deadline is a week away.

According to The Rays:

“The buildup to this July 31 trading deadline is different for the Rays, for the rudimentary reason that they are working — feverishly, from what we hear — to add on to a team they feel has a legitimate chance to make a playoff run.”