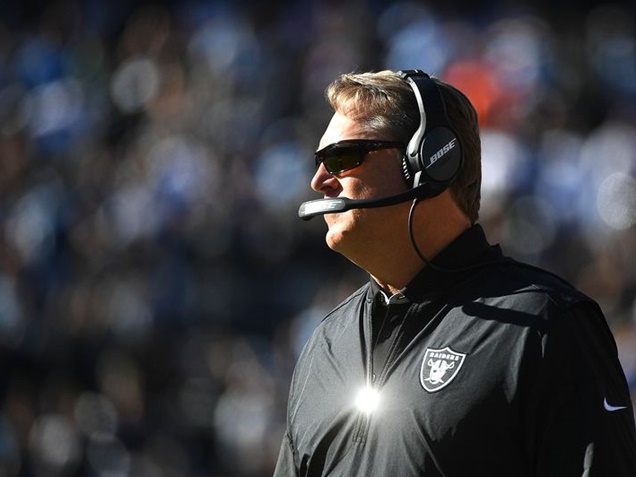 When it comes to Oakland Raiders Coach Jack Del Rio, he apparently has no regrets leaving Derek Carr in.

During week 16 Derek Carr suffered a broken fibula ending his season for one of the league’s breakout teams. Was it Carr’s injury, Jack Del Rio’ fault? This year the Raiders are one of the favorites to represent the AFC in the Super Bowl.

Carr’s injury took place during the fourth quarter with the Raiders leading the Colts. Did Derek Carr’s injury have any effect on coach Jack Del Rio, who is known to be an aggressive coach? Did Del Rio keep his star QB in too long? 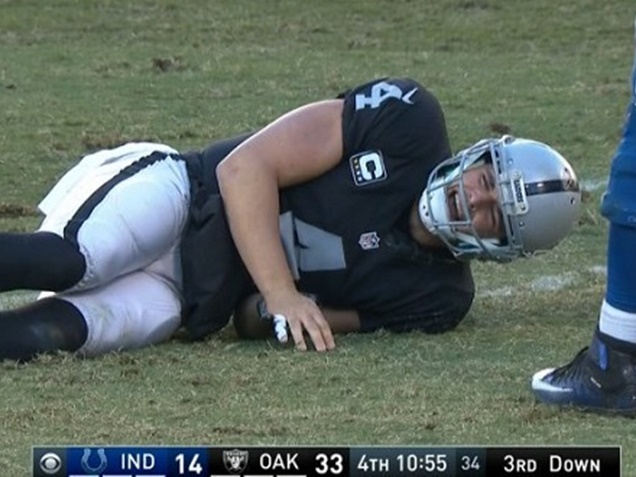 If you ask coach Jack Del Rio, he says he has o regret on his decision.

“When you end up looking at the final score, we won by eight points; we won by one score basically. Andrew Luck, people here in the Bay Area, I think, have a good understanding of what he is capable of. I know I do.”

“We felt like you had to keep the pedal down on that opponent, that quarterback in that game. You’re talking about a team facing elimination. We knew we were going to get everything they had to close the game anyway they could, and we were prepared for that.”

Derek’s mom gave an update on her son’s injury:

“Derek is out and doing EXCELLENT! We are very pleased as a family! Thank you for all your prayers! When Oakland decides to release a formal statement, you will hear it from them! Thank you for all your prayers and well wishes and love and support! It was and is truly amazing! We have the best fans in the world…Derek has felt your love and support!”

Without Carr leading his team to victory, the Oakland Raiders odds are much slimmer with Matt McGloin at the helm.

Do you feel Del Rio was wrong for leaving him in the game too long? Thoughts?