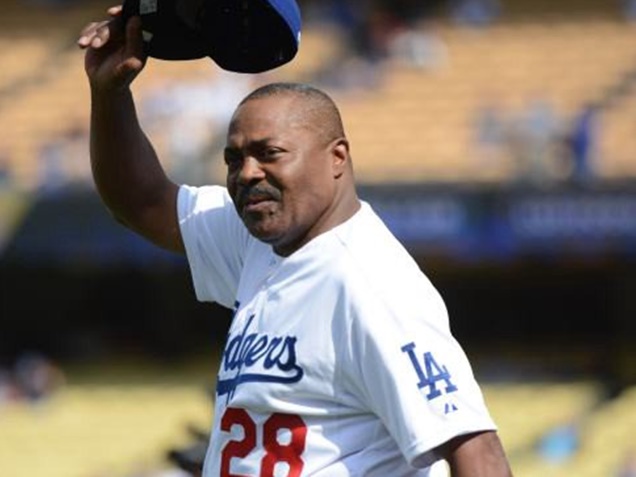 There are several reports out today that former Los Angeles Dodgers slugger Pedro Guerrero if fighting for his life. But there are conflicting reports on the health of Guerrero – one claims that he had died, [it was removed from Twitter]. Another says that he is brain dead, while his wife says he is not brain dead?

So, what is really going on with the 60-year-old Pedro Guerrero since he was hospitalized back in February? Read on…

LatinoAthlete.com is hear to try and decipher the confusion on the status of Pedro Guerrero‘s health and condition in the Dominican Republic hospital.

First, there is this report from ZDeportes: 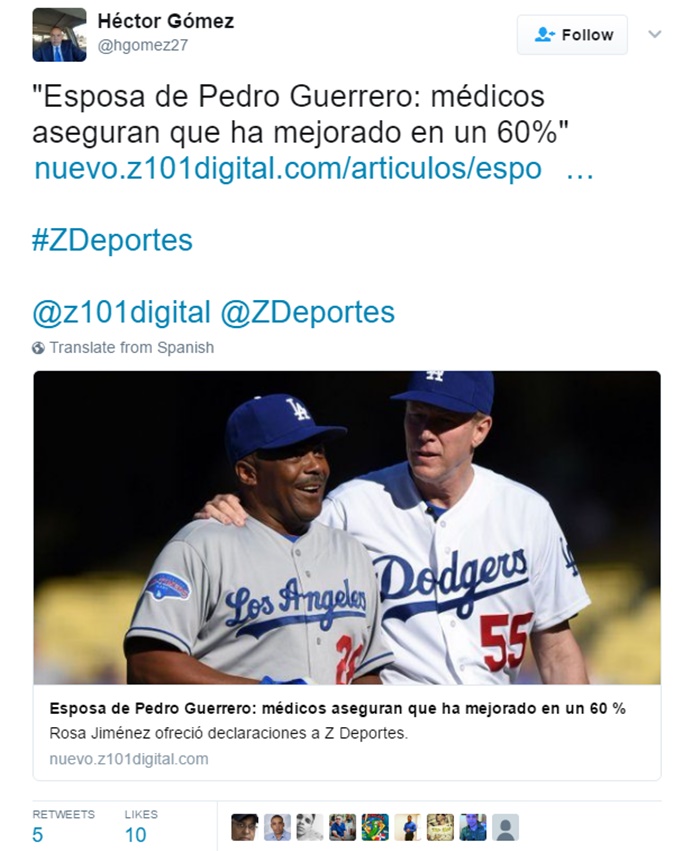 According to Guerrero’s wife he is showing improvement and that he does not have brain death. His wife, Rosa Jiménez said early this morning via Twitter:

“Pedro already moves his hands, he does not have brain death, but a coma. When I speak he makes gestures with his hands.”?

This is a complete contradiction of what is being reported by every media outlet currently.

To catch you all up on his condition, Pedro Guerrero was hospitalized in the Dominican Republic with bleeding on the brain back in February. It was also said that in February that his condition was stable and he was talking to the hospital staff. Mind you Guerrero, now 60, suffered a stroke two years ago but had since recovered, though they thought.

After the new spread that Guerrero was back in the hospital and now conflicting reports are claiming that he is either fighting for his life or his health has improved.

USA Today reports that the former MVP player is in critical condition. To add to the confusion, Pedro Guerrero’s wife announced via Twitter that he was 60% better (above).

Here is what we’ve learned from Rafael Ortiz, the hospital’s chief of neuro-endovascular surgery and interventional neuroradiology via USA Today. He is setting the record straight on all accounts.

Guerrero, 60, was in a coma at a New York hospital when he underwent a ventriculostomy. The surgery consists of a a hole placed in the skull to drain fluid. Once stabilized, Guerrero was transferred to Lenox Hill Hospital. He is still in critical condition on Tuesday, per  Rafael Ortiz.

“The swelling on the brain has improved a little bit. He’s now following commands and is understanding what we are saying. While he’s in critical condition, he’s doing much better than last night.”

“I know there was a lot of confusion. I imagine there was some at the first hospital, which gave those close to him mixed messages on his condition. He did not have a heart attack. He’s not brain dead. There was never talk about organ donation. I want to straighten that out.”

Speculation about Guerrero’s health has led to many fasle reports including some that claim he had died in his native Dominican Republic. Adding to the conflicting reports was a statement was released on the Dodgers Insider blog.

It reads as follows:

“We send all our best thoughts to Guerrero and his family.”

What have we learned?

The 1992 silver slugger award winner is hospitalized in the DR. He is in critical condition at Lenox Hill Hospital in NYC, Not a hospital in the Dominican Republic. Pedro is not brain dead. His wife is hopeful that he will recover from his second stroke in two years.

We wish him the best in health and hope to hear the improvement reports are accurate.

LatinoAthlete Staff - July 31, 2015
0
It feels like another day at the office as Ronda Rousey prepares to defend her UFC title against Bethe Correia at UFC 190. The reigning...