Pujols hit his 600th home run last year. Now that he’s joined the ranks of the some of the games greatest and pretty much punched his ticket to Cooperstown, the question now is who else has the potential reach at least one of these milestones. So here are some other Latino players who could have the chance to get to either the 3,000 hit or 600 home run mark.

This native Venezuelan is the closest out of all active Hispanic players to the 3,000 mark with 2,666 career hits. But at 35 years of age, time isn’t exactly on Cabrera’s side. He’s also dealt with some injuries through the years. The best bet for him to reach this mark would be to become a full-time designated hitter as he gets older. He wouldn’t be the first player to do so, plus switching to the DH role could maximize his career, especially if he continues to be productive at the plate. 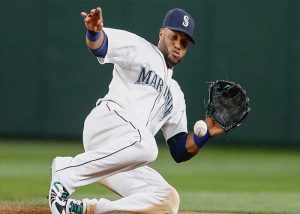 Cano has an ever bigger hill to climb as he stands at 2,410 career hits, and like Cabrera he is also 35-years-old. What helps this Dominican’s cause however is the fact that he’s only been on the disabled list twice in his storied career. Whether or not he finishes his career at second base remains to be seen. But if he continues to stay healthy, and if he continues to be consistent on offense as he’s been since his big league debut in 2005, he just might touch 3,000 in the next few years.

This 34-year-old veteran has the highest hill to climb to reach 3,000 hits. First, he needs to collect 900 more hits as his career count stands at 2,100. Secondly, he’s no longer an everyday starter as Reyes hasn’t played 150 or more games since 2012. If Reyes could be a semi-regular starter again, he’d increase his chances of reaching the century mark. Hopefully he’ll get that chance as he can be effective when healthy. Besides…. Stranger things have happened in baseball.

He has a much greater chance of reaching this bench mark as his career home run meter is currently at 465. Cabrera has hit 30 or more home runs in 11 of his 15 previous seasons, if he can start to hit at that level again (last did so in 2016), and stay healthy, 600 shouldn’t be too far away from his reach.

He’s become the ageless wonder in Arlington, although he did turn 39 last month. He sits two dingers behind Cabrera at 463. He’s also managed to stay away from the trainers tables as he’s played in 130 or more games in 15 of his 19 previous seasons. His constant productivity is how he reached the 3,000 hit mark last season, if he stays the course he could get to 600 homers before he hangs up his cleats.

For now however, let us enjoy the accomplishment of one Jose Alberto Pujols.

LatinoAthlete Staff - June 19, 2015
0
The first order of business is to copy "Jedrzejczyk" onto my clipboard. Now we're cooking with gas. Joanna Jedrzejczyk, who has seven consonants in her...