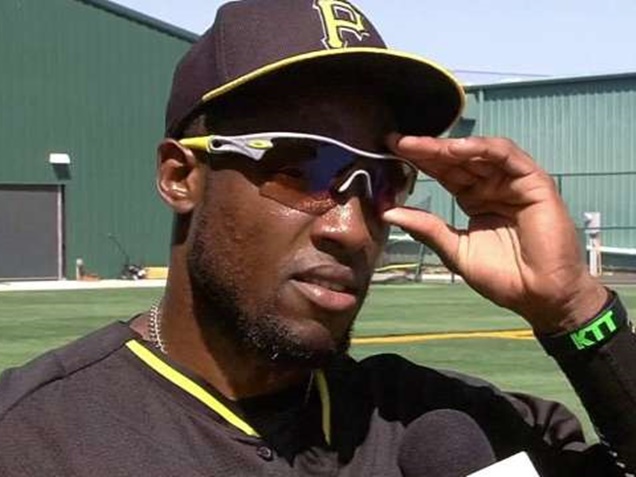 Pittsburgh Pirates outfielder Starling Marte started off the 2017/18 with a great batting average of .241 with 2 home runs through 13 games. That’s all over now since Starling Marte has been Suspended for 80 Games after testing for PED’s!

Despite the results of the testing, Starling Marte took to social media denying the reports. Read on to see what he said…

LatinoAthlete.com has learned via Starling Marte that he appears to be confused on how he tested positive for a performance-enhancing drugs. 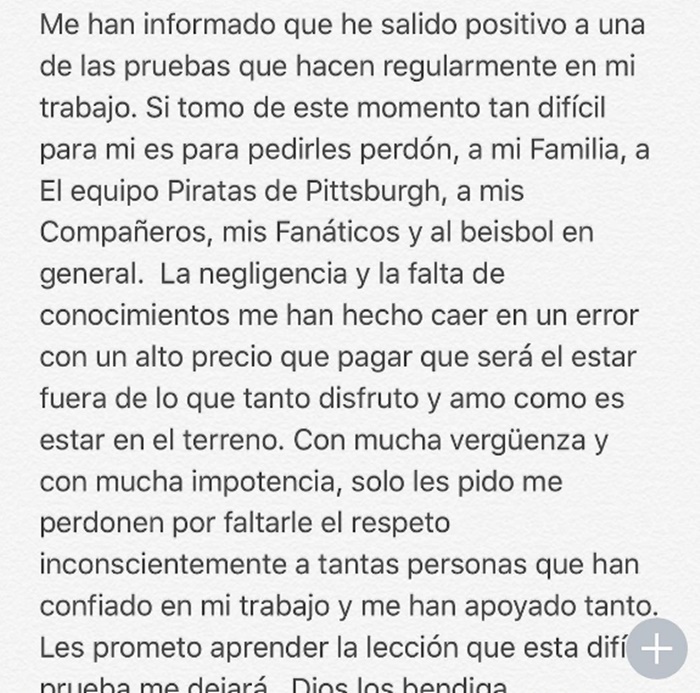 According to the MLB, the Dominican MLB player tested positive for Nandrolone. Basically, Starling was found with a steroid in his bloodstream. Now he is on the bench until Friday, Jun 30 when the Pirates face off with the San Francisco Giants.

Marte said in a statement:

“I have been informed that I have tested positive in one of the tests that are regularly done in my job. In this very difficult moment I apologize to my family, the Pittsburgh Pirates, my teammates, my fans, and baseball in general.”

“Neglect and lack of knowledge have led me to this mistake with the high price to pay of being away from the field that I enjoy and love so much. With much embarrassment and helplessness, I ask for forgiveness for unintentionally disrespecting so many people who have trusted in my work and have supported me so much. I promise to learn the lesson that this ordeal has left me. God bless you.”

It’s a devastating loss for the Pirates. Pirates president Frank Coonelly supports the MLB’s decision, but had this to say.

“We will continue to fight for the division title with the men who are here and will look forward to getting Starling back after the All-Star break.”

LatinoAthlete Staff - July 18, 2015
0
More rough weather is expected for the 2015 British Open on Saturday The weather forecast for Saturday at the 144th British Open will...