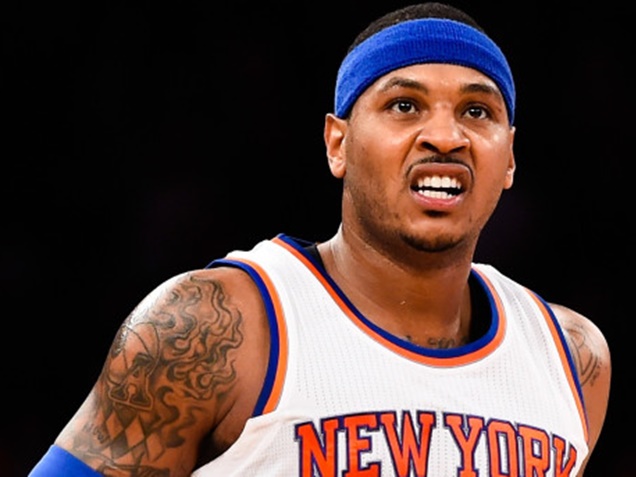 For some reason Phil Jackson can’t just come out and say that he wants to get rid of Carmelo Anthony. Instead Jackson stays passive aggressive about Carmelo saying he wishes that he has “success somewhere.”

What the hell does that mean Phil Jackson? You might as well say that the New York Knicks is going in another direction or “it’s not you, it’s me.” Read on…

This is worse that a dude who doesn’t know how to break up with his girlfriend. Damn Phil Jackson, grow some balls and do what La La Anthony did, cut him from the team.

Force Carmelo Anthony to leave the New York Knicks and stop coming off like a spinless dude. It’s truly unflattering to string Carmelo along, only to let him down. If it is not working then let him know exately where the Knick stand instead of the line of BS you told ESPN.

Jackson gave perhaps his most direct statement today on the subject of a possible trade that would ship Carmelo elsewhere.

What is completely sad about this whole thing is the relization that Phil Jackson is either a non confrontation person or the only NBA president that is lacking a spin.

We guess, Jackson is having an issue with Anthony’s no-trade clause in his contract. Instead of coming out and saying it Phil is beating around the bush. We hope all this pussy footing around is that he is trying to stay legally safe.

The problem is that the number one star of NBA All-Stars, Anthony has a no-trade clause.

Jackson apparently can’t stress it enough that the Knicks want him gone.

Let’s put it like this. If Phil Jackson was breaking up with a chick, he’d just say, “it’s not working. I’m breaking up with you.” Maybe he should try that approach or maybe he’s hoping Melo reads the blogs.

Don’t Believe the Hype: Why Ronda Rousey Is Definitely Going to...

LatinoAthlete Staff - August 12, 2015
0
Ronda Rousey and Cris “Cyborg” Justino are going to fight each other. If you’re the kind of person who insists on reading the last page...