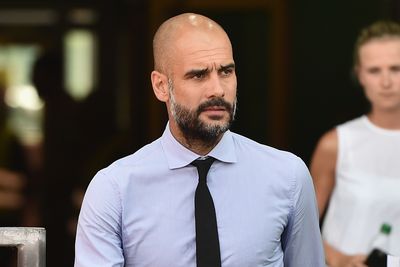 Europe’s biggest clubs are far from stable. There are five managers who won’t be in the same place next season unless they win trophies — and two who need to do even more than that.

At the end of the 2015-16 season, many of Europe’s biggest clubs will be looking for a new manager. The reason for that simply boils down to this August being the start of must win campaigns for many of UEFA biggest powers, where the future of these sides could look radically different at season’s end.

Bayern Munich, Manchester City and PSG are among those with their managers on shaky grounds. And with big names such as Carlo Ancelotti and Jürgen Klopp lurking in the wings, while Diego Simeone and Unai Emery could be ready to take on big new jobs, notable faces on the touchline are on high alert.

Whether it’s winning the Champions League or just needing to vastly improve from a disappointing 2014-15, it’s a make-or-break season for managers at many of the planet’s most glamorous clubs.

Let’s take a look at which coaches are under the warmest of hot seats.

The former Barcelona manager was brought in to build off the club’s 2012-13 treble winning season under Jupp Heynckes two years ago. But only domestic domination is what he’s archived, as defeats to Real Madrid and Barcelona the past two Champions league semifinals have placed a big cloud on his tenure. Injuries have been a key factor in preventing Bayern from adding to their five European Cups, but Guardiola’s possession obsession style has come under criticism from even the likes of club legend Franz Beckenbauer, calling his style “boring.” His refusal to sign a contract extension with the club has alienated the Bayern board and could already spell his exit from the German power, regardless of what happens this season.

How he’ll lose his job – Winning the Champions League is paramount to whether his tenure has been a success or disappointment, and if the club really do want him to stay for one more season. If key players like Franck Ribery, Arjen Robben and Medhi Benatia actually stay healthy this season, that’ll help a lot.

How he’ll lose his job – Another year without a European crown will certainly make it difficult for him to return to the Allianz Arena, no matter what his team does in the Bundesliga or DFB-Pokal.

The man who will allegedly be replaced by Guardiola just signed a one-year contract extension. But Pellegrini was in a lame duck position with the club, and they’ve managed to fix that without making him expensive to get rid of.

City were a disappointing for most of last season and finished the year with zero trophies. The amicable Chilean is a delightful person all around, but with City always rumored to be looking for a new manager, Pellegrini knows one bad run of form from his side will likely have his days numbered at the Eithad.

How he’ll keep his job – Pellegrini must win the Premier League this season, and at least be a true Champions League title contender with nothing less than a semifinal appearance.

How he’ll lose lose it –  A bad stretch in which he sees his center back group of Vincent Kompany, Martin Demichelis, and Eliaquim Mangala fall apart could finally end Pellegrini’s time in the blue side of Manchester.

A huge psychological win over Chelsea in the Champions League Round of 16 and having the support of many of his players has allowed the 49-year-old some breathing room. But with Qatar Sports Investments still obsessed with their club winning Europe’s club crown jewel, all of Blanc’s current good standing will mean nothing if they don’t at least get to the finals at the San Siro this year. Bringing in Angel Di Maria as another superstar option at his disposal only ratchets up the expectations more.

How he’ll keep his job – A deep run to the ultimate match of the Champions League is now mandatory for Blanc. Only an unexpected array of injuries harming PSG’s lofty ambitions is the lone excuse he can afford to have.

How he’ll lose his job – Just like with Guardiola, all the domestic domination will be irrelevant if he’s not successful in Europe.

Every second as a Real Madrid manager is pressurized not matter who is at the helm. And already, not even into his first official match, there is negativity and uncertainly surrounding the veteran Spanish tactician. Most, if not all, of Real’s key players loved Ancelotti, particularly Cristiano Ronaldo, and are still annoyed at Florentino Perez for jettisoning the man who brought their long covered La Decima crown.

Between his dreadful tenures at both Inter Milan and Chelsea, no one has much confidence in Benitez being the man to lead Real at least to their first Liga title in four years. He already has drawn the ire of Ronaldo in preseason, and a rocky start could certainly lead to Perez pulling the trigger quick and not further upsetting Los Blancos’ demanding fans.

How he’ll keep his job – Unlike most of the other managers listed here, Benitez does have the benefit of being in his first year. But that reprieve will only be thrown out if he has a strong results culminating in no less than a league crown. If he at least gets that while keeping them among Europe’s elite, he should have no fears of returning for a second season.

How he’ll lose his job – A poor stretch, locker room grumbles about his tactics, and criticism from Bernabeu supporters could easily see him gone in year one.

The Dutch taskmaster erased the horrible malaise David Moyes cast over Manchester United. His top four finish was a welcoming result to ease fears around Old Trafford of the club slipping into an extended period of mediocrity. But David De Gea was the main reason why the Red Devils returned to the Champions League, not van Gaal’s unpredictable and unestablished philosophy. Now with De Gea rumored to be heading to Madrid, van Gaal could be without his best player from last year as expectations grow for the Red Devils this season.

With the large amount of money the cantankerous manager spent this summer (and he’s expected to spend some more), finishing fourth again is not an option. And with how van Gaal can blow up at the media at any moment, a run of shaky results could lead to bust ups with reporters, as well as his players.

How he’ll keep his job: A return to both Premier League title contention and formidable Champions League form will ensure the Iron Tulip (he hates that nickname) continues entertaining fans, players and unfortunate media alike.

How he’ll lose his job: If his new signings don’t pan out while the team struggles to clinch top four, Red Devils supporters will be calling for another change.

Sammy Watkins back at practice and ready to deliver for fantasy...