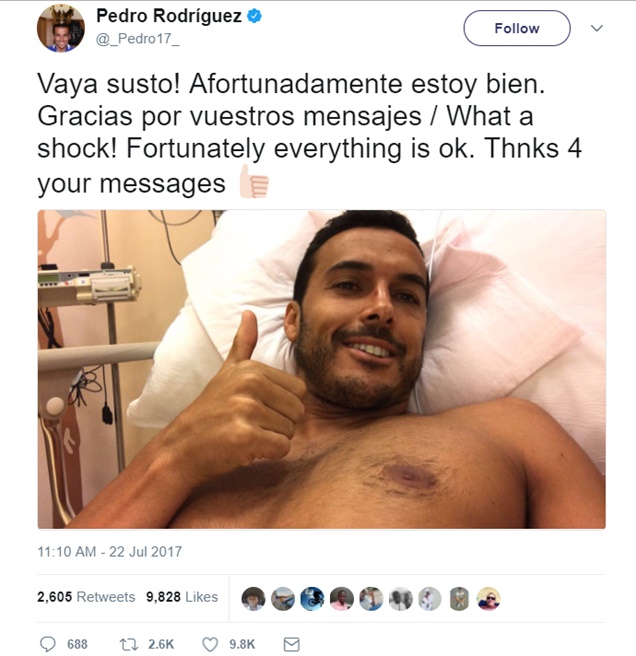 According to Pedro Rodriguez, things are doing good. Read on…

LatinoAthlete.com has received word via Pedro Rodriguez who posted on Twitter giving fans and update on his condition from his hospital bed.

Rodriguez Tweeted this message from his hospital bed:

The Spain international injury occurred when made contact with Gunners goalkeeper David Ospina, who rushed out of goal to punch clear a loose ball. Instead, the two players hit head in the process.

Perdro was down for the count! He was taken off the field and rushed to the hospital, suffering concussion as a result of the collision. The 29-year-old is currently doing fine.

Here is what he said in English:

“What a shock! Fortunately everything is ok. Thnks 4 your messages.”

Seahawks DL will play Friday, fewer than 3 months after having...

LatinoAthlete Staff - August 13, 2015
0
Jesse Williams was diagnosed with cancer in late May. He'll be chasing quarterbacks around the field Friday night. Fewer than three months...