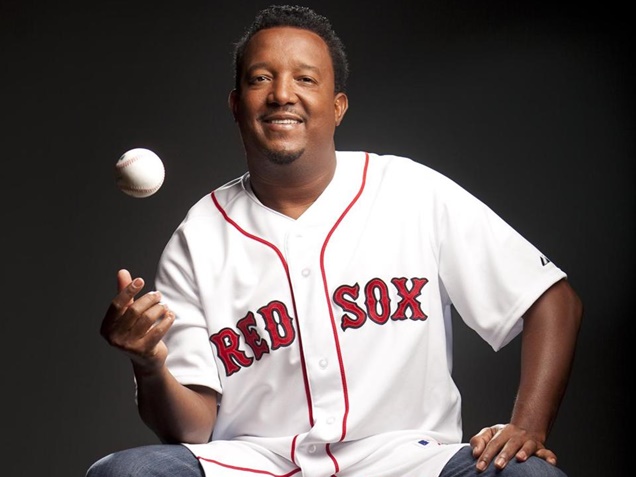 This week, Pedro Martinez returned to Fenway Park for a charity event, but the conversation never steered too far from baseball—and Red Sox ace Chris Sale.

Pedro Martinez weighed in on Sales return to Boston…

LatinoAthlete.com recently spoke on Chris Sales who was called out by the Orioles Manny Machado. It was said that Sales might get suspended for his antics, but luckily that didn’t happen.

Then, Pedro Martinez made news last week by tweeting that Sale, with his league-leading 73 strikeouts and a 1.92 earned run average, is already surpassing everything he accomplished on the field.

“I can tell you from my own experience that when you get your hometown people accustomed to seeing success, you better strap it on. You really are in for work. You have to commit to doing better every year and try to improve every year, because they don’t expect anything less than the things that they have seen.”

On Sunday, Pedro Martinez weighed in on Sales who made his sixth consecutive game with double-digits strikeouts against the Minnesota Twins. Sales continues to break his own records. In 2015, Sale recorded eight straight double-digit strikeout games, which was a record set by Martinez.

“Records are made to be broken, and I am hoping that he surpasses everything I did. I’m not jealous of it. I would love to see more players like him, guys who really want to get better every day regardless of how good they already are.”

Matinez pointed out that Sale needs to maintain the psychological edge which is a prerequisite for MLB aces.

Here is one of his tweets:

Martinez was at Fenway Park to celebrate the 10-year anniversary of the Pedro Martinez Charity. His wife Carolina Martinez stood by his side. The charity is to provide a brighter future for children in the Dominican Republic.