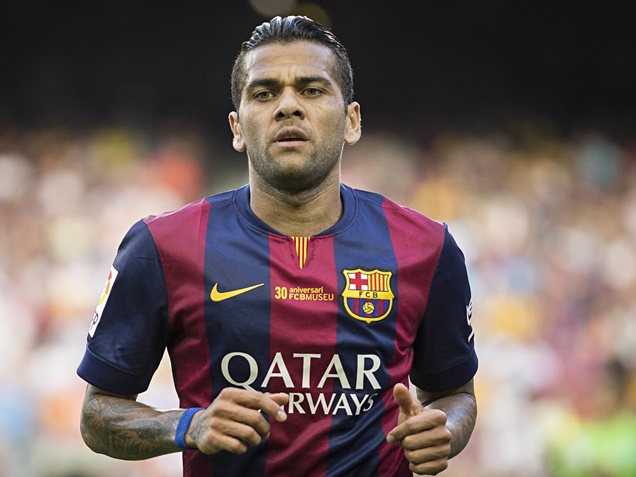 It is official, Paris Saint-Germain have signed right-back Dani Alves on a free transfer after the Brazil international rescinded his Juventus contract.

Watch the video and see get the details of Dani Alves. Read on…

LatinoAthlete.com has this report on former Barcelona and Sevilla man, Dani Alves, who was expected to join Manchester City to reunite with coach Pep Guardiola.

The 34-year-old was instead snatched up by the PSG, who are also gunning to get Neymar on their team. It appears that the PSG is trying to stack the deck with a powerhouse futbol team.

PSG is paying big bucks for the stronger players. According to reports, PSG offered to double the Premier League club’s salary offer.

Word is, Alves was apologetic towards City coach and former Barcelona boss Guardiola, but PSG addressed the things that were most important to him. The France organization addressed Dani’s family’s needs.

Dani Alves explained why he made the move to PSG during his unveiling in the French capital:

“If Pep feels hurt, I would like to APOLOGIZE. The same goes for City. However, I take responsibility and I made the right decision with this move. I want to continue to be a champion.”

Alves went on record to say that this time he put his family first after he prioritized himself moving to Juventus from Barca.

“I was not only of interest to Manchester City but other English clubs too. However, there is a very interesting project here. I spoke with the City bosses and I spoke with the president, who told me all about this club.

“PSG are ambitious and desire to win a title that it has not managed to for now [the UEFA Champions League]. I have friends here and my wife likes this city very much — these were several elements that convinced me to change my mind.

This time around the Les Parisiens didn’t want to make a selfish move, he concluded:

“I want to be a part of this long-term project. With Juve, I was a little selfish and I took the decision alone. This time, I decided to be less selfish and to make sure that there was a connection everywhere. I want everybody to be happy, particularly my family. It is because of this that I mainly chose to come here.”

LatinoAthlete Staff - July 17, 2015
0
Good morning. Our last NBA newsletter of the week has the latest in free agency and more. Good morning. Let's basketball. ALL HAIL THE...