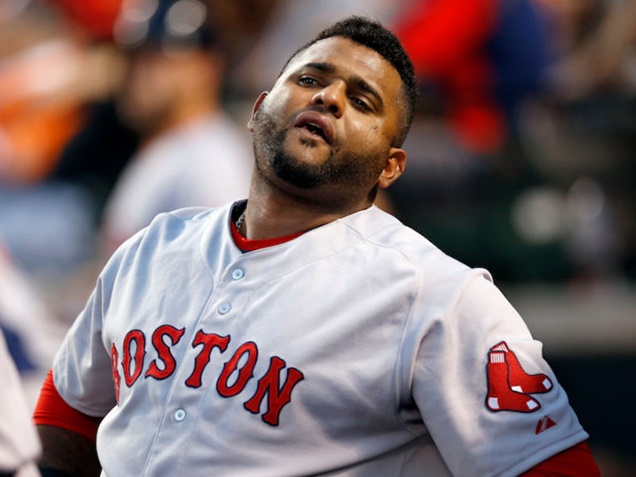 The Boston Red Sox has officially terminated Pablo Sandoval from the team dubbing him one of the worst free-agent signings in franchise history.

Ouch, that has to hurt. Pablo Sandoval was informed by the Red Sox Friday that he has been designated for assignment. Read on…

LatinoAthlete.com is shocked to hear that Pablo Sandoval has been effectively terminated by the Red Sox. However, the Red Sox still owe the Venezuelan MLB player approximately $49 million through the end of the 2019 season.

Boston has 10 days to either trade or release the 30-year-old third baseman.

Why Pablo Sandoval Has been Taken off The Red Sox Roster:

“I thank the Boston Red Sox for the opportunity and I remain positive that with the love and support of my family I will continue on with my career.”

Currently, Sandoval is in Miami. There he will remain training and working out, preparing for the next step in his career.

LatinoAthlete.com previously reported that Pablo Sandoval had been fighting with weight for most of his career. Sandoval conditioned hard for the 2017 season, and The Red Sox noticed!

Well it appears that all his hard work wasn’t enough to stay playing for the Boston Red Sox. Boston trimmed the fat based on Pablo’s poor performance, multiple injuries and frustration by the team over his subpar conditioning.

Sammy Watkins back at practice and ready to deliver for fantasy...