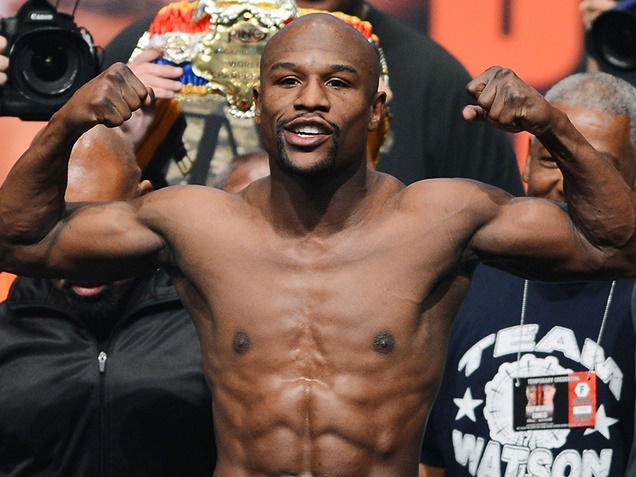 LatinoAthlete.com thinks that this is an awesome idea to have Golden Boy Promotions and The Money Team together so Floyd Mayweather can fight the winner of the Canelo Alvarez vs. Gennady Golovkin.

It would be a sell out and we bet De La Hoya would make this fight happen on Cinco De Mayo weekend 2018. The head of Golden Boy Promotions joined the guys on TMZ to do a little shhh talking and see if Mayweather bites. Especially since Dana White has been complaining about the Canelo and Triple-G fight.

“We just lost our date to Canelo and Triple-G, but good, that’s a good fight. I’ll be at that one, too.”

That is funny because Oscar De La Hoya had that date locked down for Canelo Alvarez vs. Gennady Golovki this past January, before White even suggested it.

Oscar feels that Floyd shouldn’t be wasting his time fighting a guy who’s got a 0-0 boxing record. In fact, he’s dead serious about negotiating a real deal to get everyone paid. Clearly, Floyd is down to fight again.

De La Hoya also made some sense saying, why not make a fortune BEFORE making another fortune? Dana White keeps telling everyone that a potential deal is on the table. But it sounds like smoke and mirrors. A Conor vs Mayweather fight is becoming more and more of a fairy-tale.

You can be the future GM of the Los Angeles Angels

LatinoAthlete Staff - July 2, 2015
0
The position is yours if you want it. Here's the job description. You are a bright baseball mind, one of the untapped...